'Along with tricolour, BJP government is also attacking self-respect of the poor of our country' 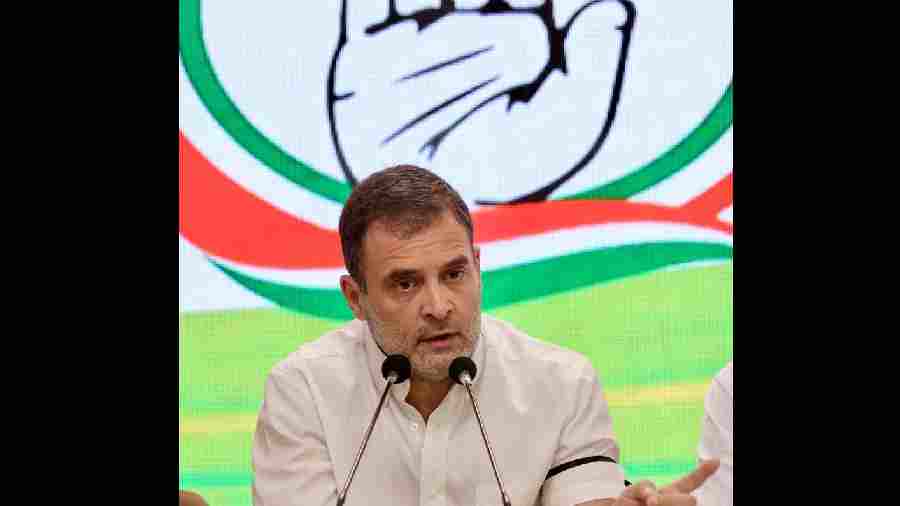 Congress leader Rahul Gandhi on Wednesday alleged that ration card holders were being forced to buy the national flag by the shopkeepers, and accused the BJP of selling nationalism and hurting the poor's self-respect.

In a Facebook post in Hindi, Gandhi said tricolour is our pride and it resides in every indian's heart.

"Nationalism can never be sold. It is shameful that while giving ration, poor are being asked to cough up Rs 20 for the tricolour," Gandhi alleged.

"Along with the tricolour, the BJP government is also attacking the self-respect of the poor of our country," the former Congress chief said as he shared a video purportedly showing some ration card holders complaining about being forced to pay Rs 20 to buy the flag.

Earlier in the day, BJP MP Varun Gandhi too had alleged that ration card holders were being forced to buy the national flag as a condition to avail the ration.

He said that it will be unfortunate if the celebrations for the 75th anniversary of Independence become a burden on the poor.

He, in a tweet in Hindi, said it was "shameful" to force the poor to pay for the 'Tiranga' and deny them their food.

'Tiranga' lives in the heart of every Indian, Varun Gandhi said in the same tweet.

The central government has urged people to hoist or display the national flag from their homes during August 13-15 as part of its Har Ghar Tiranga' programme.