Rajnath to visit Ladakh on Friday 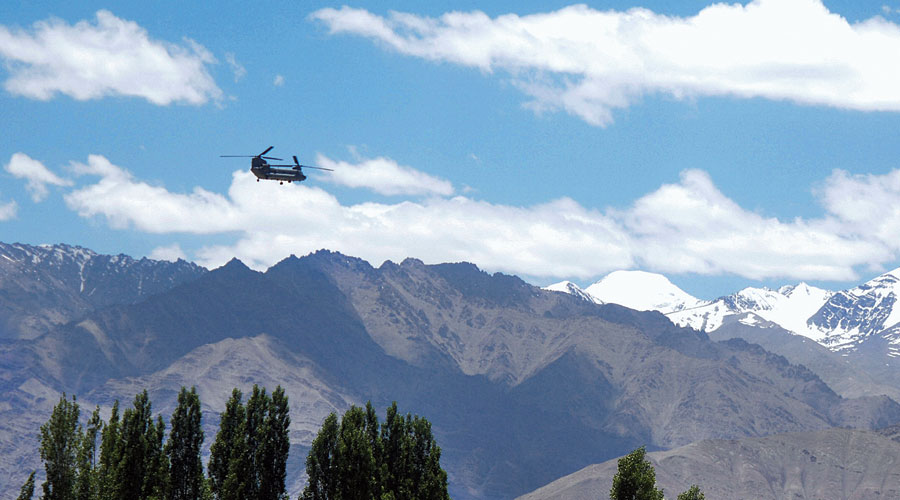 Defence minister Rajnath Singh and army chief M.M. Naravane will visit Ladakh on Friday to review the security situation in the region in view of the Chinese “aggression” along the disputed Line of Actual Control (LAC), government sources said on Wednesday.

“During his visit the defence minister will take stock of the tense situation as the border standoff continues in eastern Ladakh amid Chinese aggression. He will hold meetings with the top military leadership of the northern command and also soldiers deployed in forward areas in Ladakh along the LAC,” a source said.

This will be the first visit by the top political leadership since the tensions between India and China escalated in early May.

Rajnath is also scheduled to go to Leh hospital to meet the soldiers who were injured during the violent clash with the Chinese troops in the Galwan Valley on June 15 in which 20 Indian soldiers were killed.

The Indian Army’s 16 Bihar Regiment has got a new commander, after Colonel Santosh Babu who had led the troops in the June 15 clash died. The army did not disclose the identity of the new commander due to security reasons.

“He has been recently promoted to the colonel rank and was supposed to take charge of a different battalion but the top brass decided to hand over the baton of the Bihar Regiment to him,” said an army officer.

“Colonel Santosh Babu was highly regarded by the soldiers of the unit. The new commanding officer was very close to Babu and has equally good leadership skills to inspire his men,” the army officer said.

The 20 soldiers who were killed at Galwan belonged to six units of the army, including three infantry battalions and two artillery regiments. Thirteen personnel, including Babu, were from the Bihar Regiment, three soldiers were from the Punjab Regiment and three from artillery units and one from signals.