A Ram Katha recital was under way in Jasol, 460km from Jaipur, when a rainstorm broke 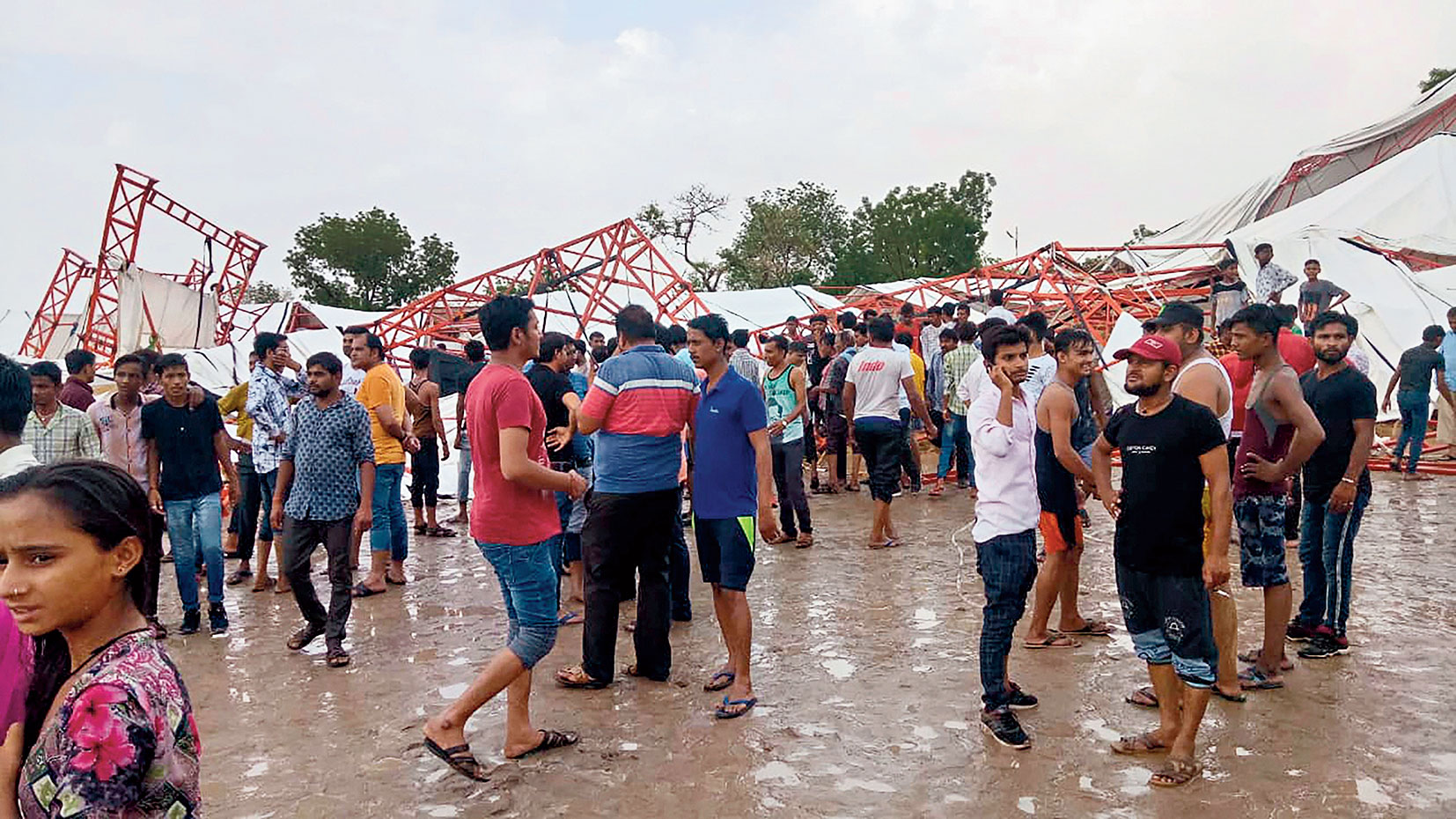 At least 14 people died and over 50 were injured on Sunday when a shamiana (tent) collapsed on them amid a rainstorm during a religious programme in the Barmer district of Rajasthan, Union home ministry sources said.

A Ram Katha recital was under way in Jasol, 460km from Jaipur, when a rainstorm broke and the strong winds uprooted the pegs of the tent around 4.30pm, trapping hundreds under it.

Eyewitnesses claimed the tent hovered for a few seconds in the air before collapsing. Murlidhar Maharaj, who was leading the recital, stopped midway and asked people to leave as the tent started to collapse.

He scurried from the stage within seconds as the structure came down, leading to a stampede-like situation, they said. No immediate information was available about the condition of Maharaj.

A shopkeeper said local people who had rushed to help felt electrical shocks from the tent but nevertheless rescued those trapped inside and took them to hospitals in private vehicles and minivans.

The programme, held on a school ground near a temple, had started on Saturday and was to continue till June 30.

The state government has announced a compensation of Rs 5 lakh each for the families of the dead and up to Rs 2 lakh for the injured. Rajasthan chief minister Ashok Gehlot has ordered a probe into the tent collapse and directed officials to carry out rescue and relief.