Railway police yet to act against ABVP youths who bullied nuns

A senior GRP official, who sought anonymity, said the office of the SP is resorting to “delaying tactics” 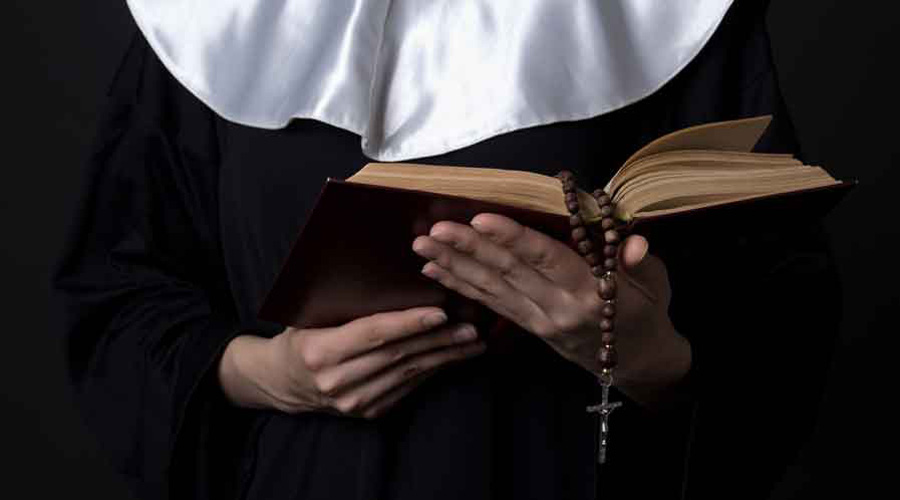 The two Delhi-based Keralite nuns and the two Odisha-based postulants (candidates, especially those seeking admission into a religious order) were travelling from Delhi to Rourkela on the Kalinga-Utkal Express on March 19.
File photo
Piyush Srivastava   |   Lucknow   |   Published 02.04.21, 01:44 AM

Railway police are yet to act against the ABVP members whose false allegation of illegal conversions led to two nuns and two women postulants being forced off a train 13 days ago and made to sit four hours in the GRP station at Jhansi Junction.

A senior GRP official who sought anonymity said the office of the SP railways, which is probing whether the four youths should be prosecuted, is resorting to “delaying tactics”.

He said the women’s statements — recorded over video calls since they were still too traumatised to agree to visit Jhansi — suggested the ABVP youths had bullied and abused them on the train and claimed to have government sanction in questioning them.

He said that not only should the ABVP youths be booked for causing hatred and ill-will between religious groups — punishable by up to three years in jail — the GRP officers who acted “in haste” on their complaint should face departmental action.

The two Delhi-based Keralite nuns and the two Odisha-based postulants (candidates, especially those seeking admission into a religious order) were travelling from Delhi to Rourkela on the Kalinga-Utkal Express on March 19. The ABVP members, their fellow passengers, accused the nuns of planning to convert the two younger women who they claimed were Hindus.

Chandrakant Yadav, an ABVP leader from Jhansi, has said the ABVP members had complained to the railway police, who asked the women to get off the train and detained them at the platform GRP station from 7.30pm till 11.30pm. They were released after it was established that all four women had been born into Indian Christian families.

“We (the GRP) were misled by the ABVP members and misinformed also by some local saffron leaders who arrived at Jhansi Junction after receiving phone calls from the ABVP youths and told us they had confirmed information that two women were travelling to Orissa for illegal conversions,” the senior GRP source told The Telegraph.

“The women had their statements recorded last week via WhatsApp video calls. They said the ABVP members started misbehaving with them as soon as they got into the train. The women said the four youths claimed to have been authorised by the government to ask them questions. They were shouting and asking the nuns to prove they were Indian Christians by birth and also prove that the two younger women were not Hindus.”

On why no case had been registered, he said the railway police were “trying to contact” fellow passengers to substantiate the women’s allegation.

Asked why they needed such confirmation when the women had given their statements, he admitted this was “delaying tactics”.

He added: “The nuns said they were still in mental trauma and felt unwell following the incident. The other two also refused to be present physically to have their statements recorded.”

Asked why the railway police were delaying action against the accused, Naim Khan Mansoori, DSP, railway police, Jhansi, said over the phone: “The SP railways is conducting a probe.... Action will be initiated on the basis of the report.”

He denied the GRP had mistreated the women.

SP railways Saumitra Yadav didn’t answer a call from this newspaper. Some media outlets had quoted him as telling reporters three days ago: “We have recorded the statements of the four women and are preparing a report.”

The nuns are associated with the Congregation of the Sacred Heart Society.

Archbishop Felix Machado, secretary-general of the Catholic Bishops’ Conference of India, had demanded action against the (ABVP) complainants and the GRP personnel for “bringing dishonour and shame to all of us, the law-abiding citizens of our beloved Mother India”.

“It’s unfortunate that the accused are still at large and the government is delaying the inquiry,” former Jhansi MP Pradeep Jain of the Congress said.