Rahul pleads not guilty in defamation suit; gets bail 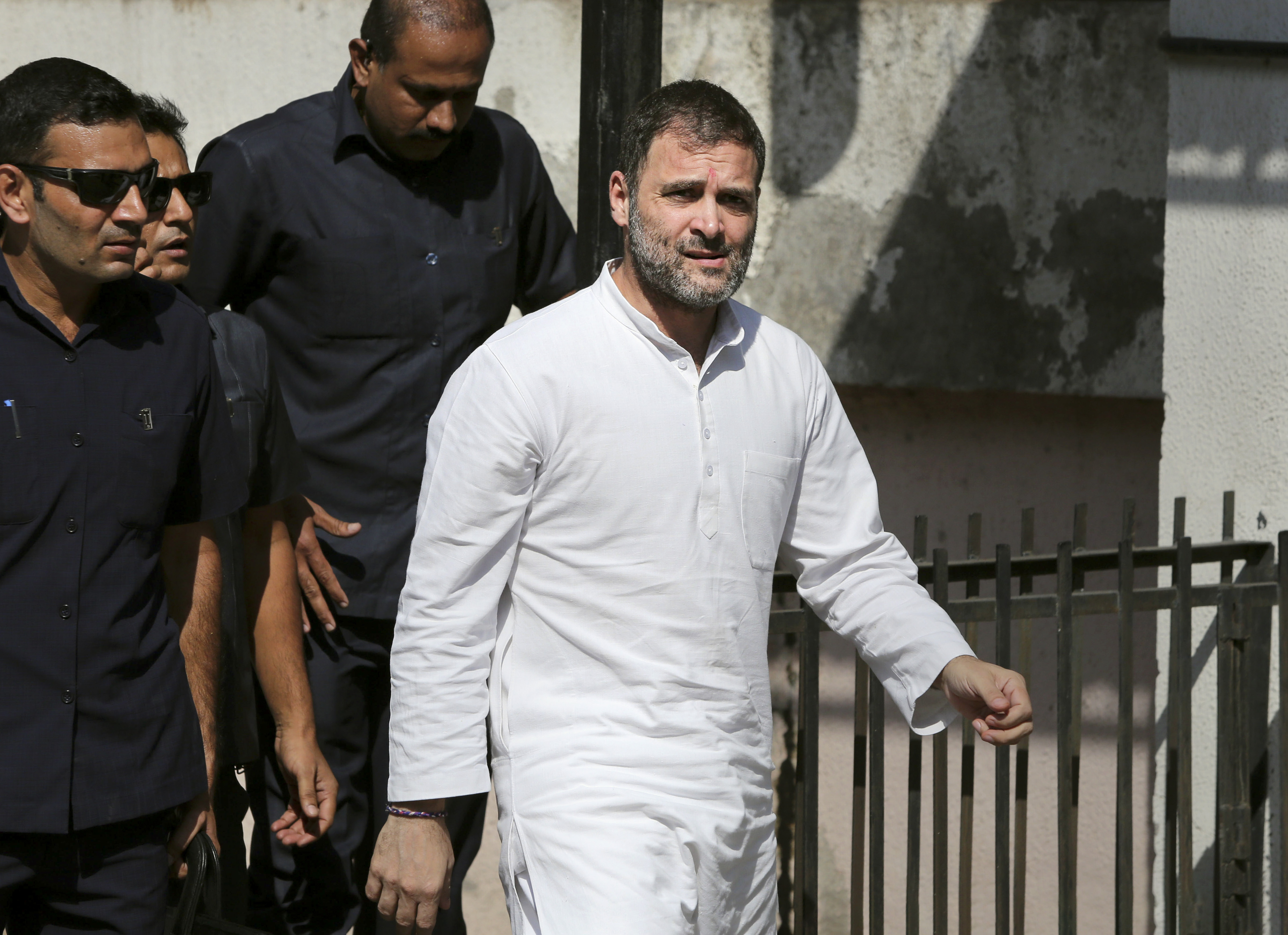 The court of additional chief metropolitan magistrate R. B. Etaliya also granted him bail on a bond of Rs 10,000.

Gandhi's lawyer moved an application for personal exemption of his client in the case after his not guilty plea was recorded by the court.

The court fixed the next hearing on December 7, when it will also take up his personal exemption application.

The criminal defamation suit was filed against Gandhi for calling Shah a 'murder accused' at an election rally in Jabalpur six months ago.

In May, the metropolitan magistrate had issued summons seeking Gandhi's appearance in the suit filed by BJP corporator Krishnavadan Brahmbhatt.

Gandhi's jibe was slanderous as Shah was acquitted in the Sohrabuddin Shaikh fake encounter case in 2015, the complainant said.