Amarinder Singh said the role of Khalistani or Kashmiri militants, backed by Pakistan’s ISI, couldn’t be ruled out 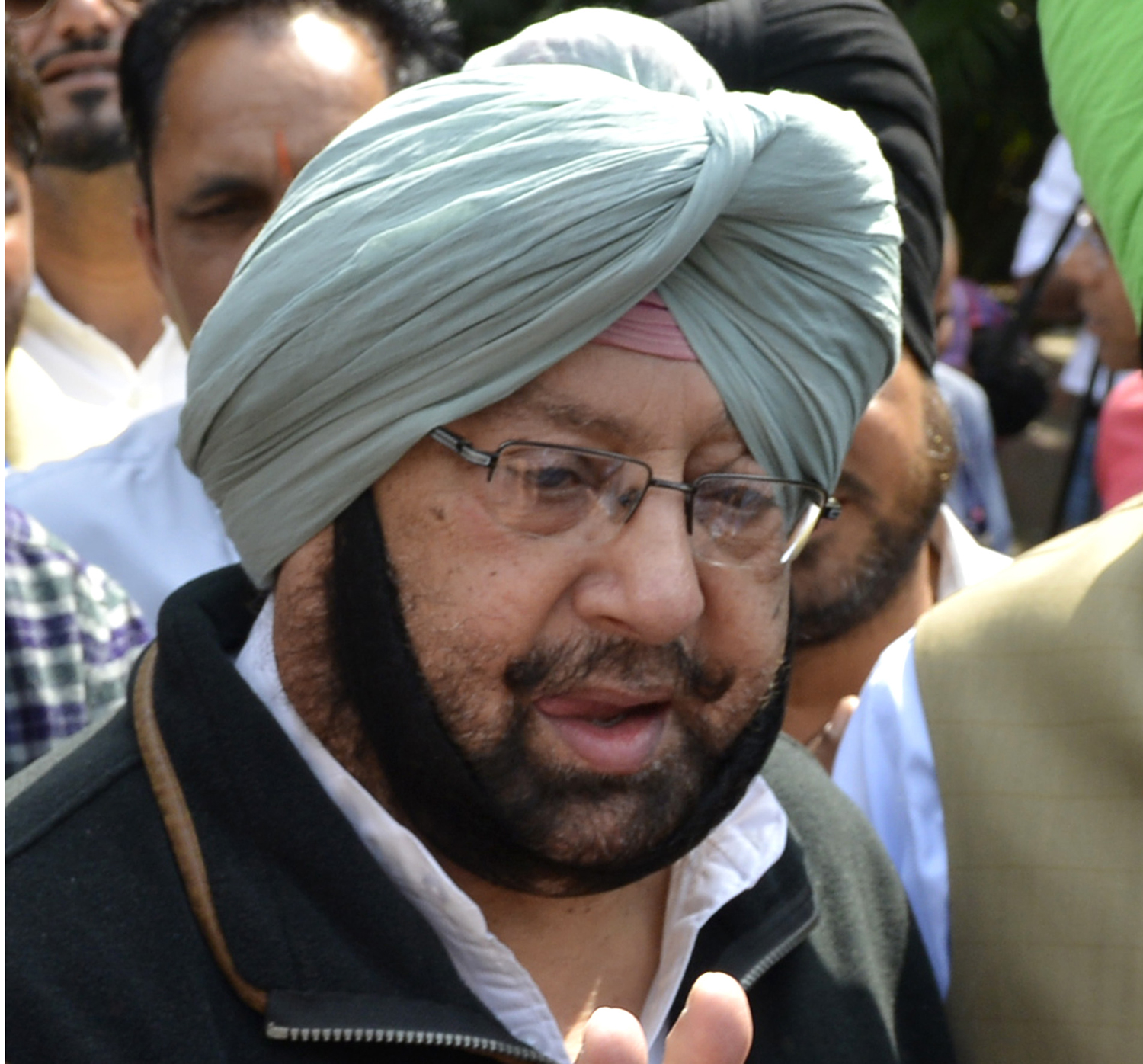 Amarinder announced a compensation of Rs 5 lakh for the kin of those killed and free treatment for the injured
Telegraph file picture
PTI   |   Chandigarh   |   Published 19.11.18, 07:42 AM

Punjab chief minister Amarinder Singh on Sunday said he wouldn’t let “forces of terror” destroy the hard-earned peace in the state as he appealed for calm after the deadly grenade attack on a prayer hall in Amritsar.

“We will not let the forces of terror destroy our hard-earned peace,” he tweeted.

“I appeal to the people of Punjab to maintain peace in the wake of Amritsar bomb blast. I urge them not to panic and to remain calm.”

Amarinder said the role of Khalistani or Kashmiri militants, backed by Pakistan’s ISI, couldn’t be ruled out.

“The possibility of involvement of ISI-backed Khalistani or Kashmiri terror groups could not be ruled out,” he said in an official statement, adding that forensic teams had been rushed to the spot and “all angles were being investigated”.

“Nobody will be allowed to get away with trying to disturb the peace and harmony of the state,” he said.

Punjab has faced few terror attacks in recent years after the dark days of militancy in the 1980s and the early 1990s.

While terrorists had stormed an air force base in Pathankot in January 2016, killing six security personnel, Amarinder said 15 terror modules had been busted in the past 18 months, with apparent indications of Kashmiri terror links in some instances of targeted attacks.

But Sunday’s attack was the first attempt — in a long time — aimed at disturbing peace in the state through indiscriminate killings, the chief minister said, adding that it strengthened the belief that Pakistan was continuing with its nefarious activities.

An official spokesperson said the chief minister had asked the state’s home secretary, director-general of police and the directors-generals of law and order and intelligence to rush to the blast site in Rajasansi in Amritsar to supervise the ongoing probe into the grenade attack.

On the chief minister’s directions, security has been beefed up at all Nirankari Bhavans in the state, the spokesperson added.

Amarinder announced a compensation of Rs 5 lakh for the kin of those killed and free treatment for the injured.

“My heart goes out to the victims of the Amritsar bomb blast and their families... My govt will give Rs 5 lakh to the kin of each of the dead and free treatment to the injured. Have asked the district administration to extend all help,” the Congress leader said in an earlier tweet.

Uttar Pradesh director-general of police O.P. Singh has issued instructions to step up security at all religious places in the state following the blast in Amritsar.

“As per the directives of the UP DGP, instructions have been issued to maintain and step up security at various religious places and institutions across the state,” a spokesperson said in a statement issued in Lucknow by Uttar Pradesh police.

“Apart from this, steps must be taken to ensure that continuous vigil is maintained at the religious places. Intensive checking must be carried out in the western UP districts bordering other states, so that no untoward incident takes place,” the statement said.PTI