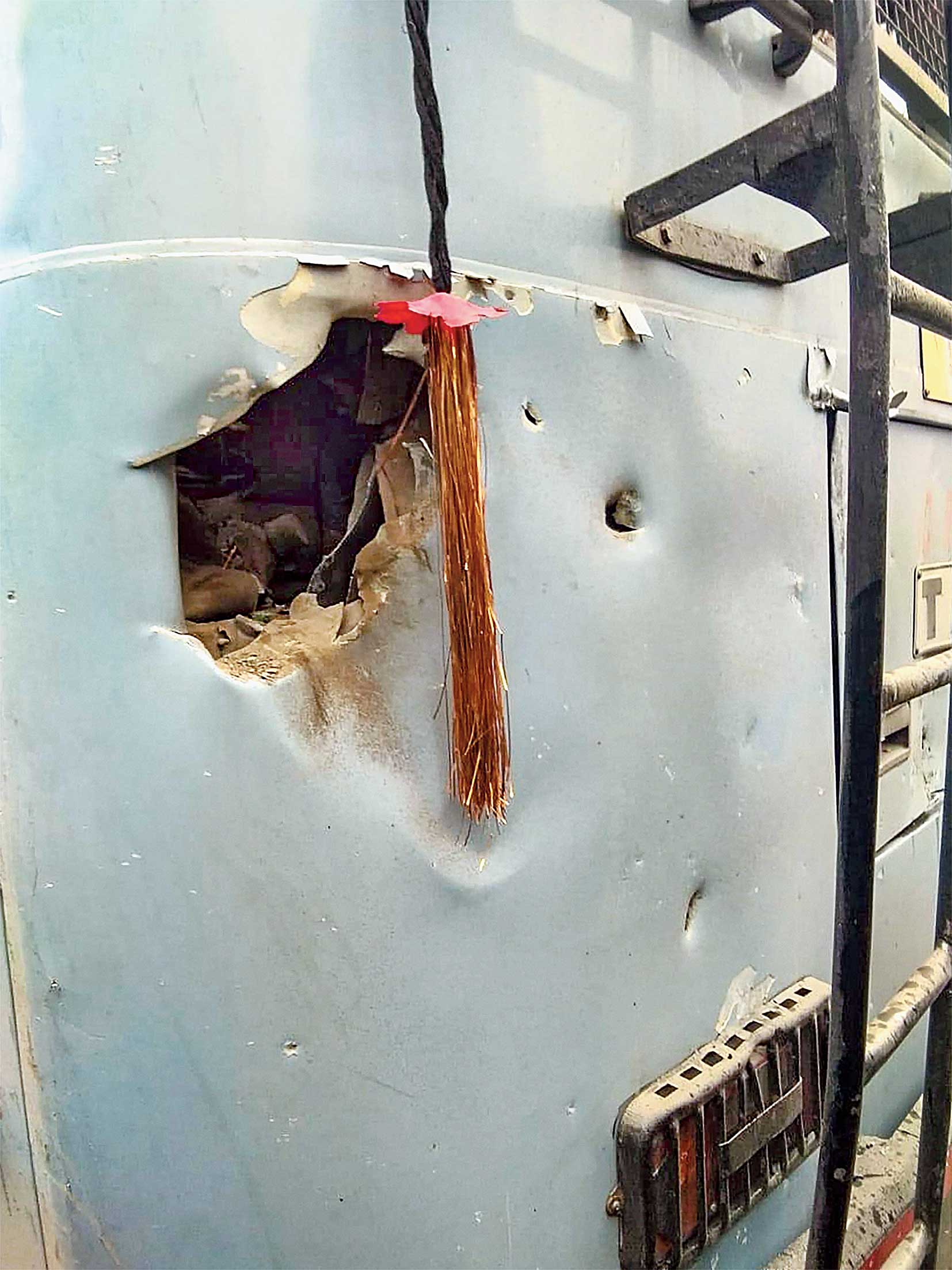 RSS chief Mohan Bhagwat on Thursday termed the Pulwama terror strike a “cowardly attack” and warned of “retaliatory action”, underlining it was “everybody’s expectation”, the chorus for revenge appearing to acquire a political colour before the general election.

“This is a cowardly attack. We condemn this strongly. A strong retaliatory action is everybody’s expectation,” the RSS tweeted, attributing the statement to Bhagwat.

The strong reaction from the chief of the BJP’s ideological parent appeared significant in the run-up to the general election.

The RSS had demanded affirmative action from the government to build a Ram temple in Ayodhya. Now with the outfit seeking “retaliatory action” over the Kashmir attack, many in the RSS believe the government would find it difficult to ignore the call.

Some BJP leaders echoed the RSS, stepping up the party’s core nationalist theme.

“Terrorists will be given an unforgettable lesson for their heinous act,” minister without portfolio Arun Jaitley tweeted.

“In this time of mourning the country stands with the Indian army. The sacrifice of the jawans for the country will not go in vain. The country will give a befitting reply,” social justice minister Thawarchand Gehlot tweeted.

Internally, BJP leaders said the government would be under pressure to give a “befitting reply”, since the terror attack had come just ahead of the general election.

The government had in the past gone all out to flaunt the surgical strikes across the Line of Control in Pakistan.

BJP leaders felt that the government could not afford to remain silent ahead of the make-or-break polls.

“Narendra Modi is a leader with a 56-inch chest. He has to act to keep his 56-inch chest intact,” a BJP leader said.

Modi and BJP chief Amit Shah, the two top leaders of the ruling party who had tom-tommed the surgical strikes, appeared to exercise caution.

“We understand our responsibilities very well and want to assure the people of the country that we will not dither from taking whatever action is needed,” Rajnath tweeted. “The country is united to give a befitting reply.”

In political corridors, people debated what that “befitting reply” could be with elections round the corner.

Many predicted the possibility of another round of surgical strikes to prove the government’s credentials of strength and divert attention from joblessness and the farm crisis.

“The surgical strikes were in retaliation to the Uri terror attack in which 19 jawans were killed. Here, more than double that number have been killed. So, a mere surgical strike may not be enough,” a BJP leader said.