The new infrastructure facility at the KIA will cater to 2.5 crore passengers annually 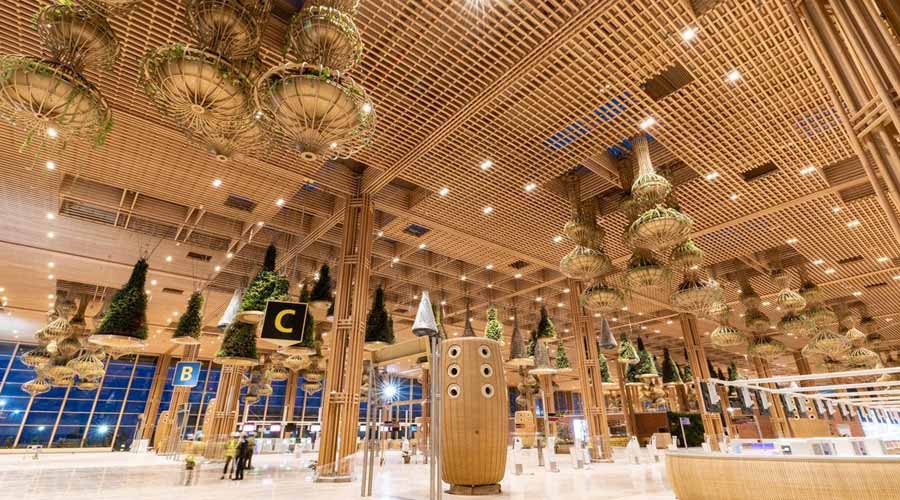 The new eco-friendly terminal in which bamboo has been extensively used has been built at an estimated cost of Rs 5,000 crore.

Nicknamed as 'Terminal in a garden', the new infrastructure facility at the KIA will cater to 2.5 crore passengers annually, KIA officials said.

"The T2 is an architectural wonder, which is a first-of-its kind 'Terminal in a Garden'. It will have lush greenery within and outside and will be a visual delight like no other in the world. The passengers' experience is designed to be a walk in the garden while traveling through the new terminal," a KIA official said.

There will be nine customs hand baggage screening. The gate lounge will have a seating capacity of 5,932.

"T-2 is designed in a manner that we retain the philosophy of simplicity and minimal walking distances for the passengers a key characteristic of the KIA. With the use of a combination of the latest in construction technology and natural material, this terminal will establish a new vision for sustainable growth," a KIA official said.

According to him, the Terminal-2 has been built on four guiding principles -- 'Terminal in a Garden', sustainability, technology and innovation, and art and culture of Karnataka.

A big draw of Terminal-2 will be its 'hanging garden', according to him.

"The designers have also kept in mind the rich art and culture of Karnataka while designing the terminal," KIA officials said.

"The rich history and cultural heritage of Karnataka have been integrated into the design of T2 with focus on tradition, technology and contemporary facets," added the officials.