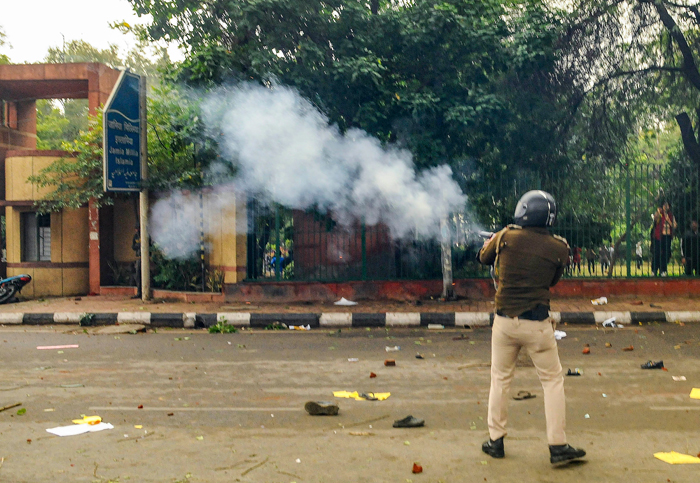 Delhi police spokesperson M.S. Randhawa said “there was no firing and there have been no casualties in the violence”.

But The Washington Post reported that a doctor at Safdarjung Hospital told the newspaper that two protesters were brought in with bullet wounds.

“One was shot in the chest and the other in the foot, said the doctor, who spoke on the condition of anonymity because he feared harassment by the police. Four police officers escorted the two young men ‘like prisoners’, he said, adding that both were in stable condition after treatment,” the Post reported.

Randhawa said the crime branch would investigate the Jamia violence and appealed to citizens and students to ignore social media “rumours”. He said the police had used “maximum restraint, minimum force” despite being “provoked”.

The spokesperson said that four buses, 100 private vehicles — mostly two-wheelers — and 10 police motorbikes had been damaged during the street violence near Jamia. “One policeman is in the ICU,” he said. Asked how the police could enter the campus without permission, he said: “We are probing this as well.”