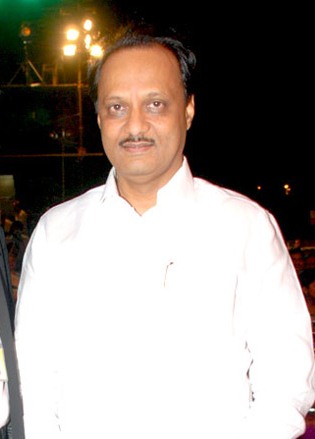 Maharashtra police on Thursday informed state deputy chief minister Ajit Pawar and home minister Anil Deshmukh about the status of probe in the case of violence at Bhima Koregaon in Pune on January 1, 2018, an official said.

Pawar, Deshmukh and senior state police officials held a review meeting on the case at the state secretariat in Mumbai in the morning. The meeting began around 8am and went on for over an hour.

'Senior police officers briefed the deputy chief minister and the home minister about the status of probe in the violence that took place on January 1, 2018,' a home department official said.

Another round of briefing is expected to take place soon, he added.

The meeting assumes significance as NCP chief Sharad Pawar last month demanded that a Special Investigation Team (SIT) be set up under a retired judge to probe the action taken by Pune police in the Bhima Koregaon case.

NCP leader Deshmukh, after taking charge as the home minister, said earlier this month that he would seek a status report on the case and then take a decision.

The term 'urban Naxal' was used by the Pune police probing the alleged links between the Elgar Parishad conclave of December 31, 2017, and the caste clashes around Bhima Koregaon in Pune district the next day.

While some rights activists were arrested in the case by the Pune city police, their rural counterparts had booked Hindutva leaders Milind Ekbote and Sambhaji Bhide for allegedly inciting violence.

Ekbote was granted bail by the Supreme Court, while Bhide was never arrested.

The Pune police have claimed the conclave was backed by Maoists. The parishad, they alleged, instigated violence near the Bhima Koregaon war memorial on January 1, 2018.