He claimed that implementing the Constitution in J&K was not only a decision of the government, but also a reflection of the 'will of 130 crore Indians' 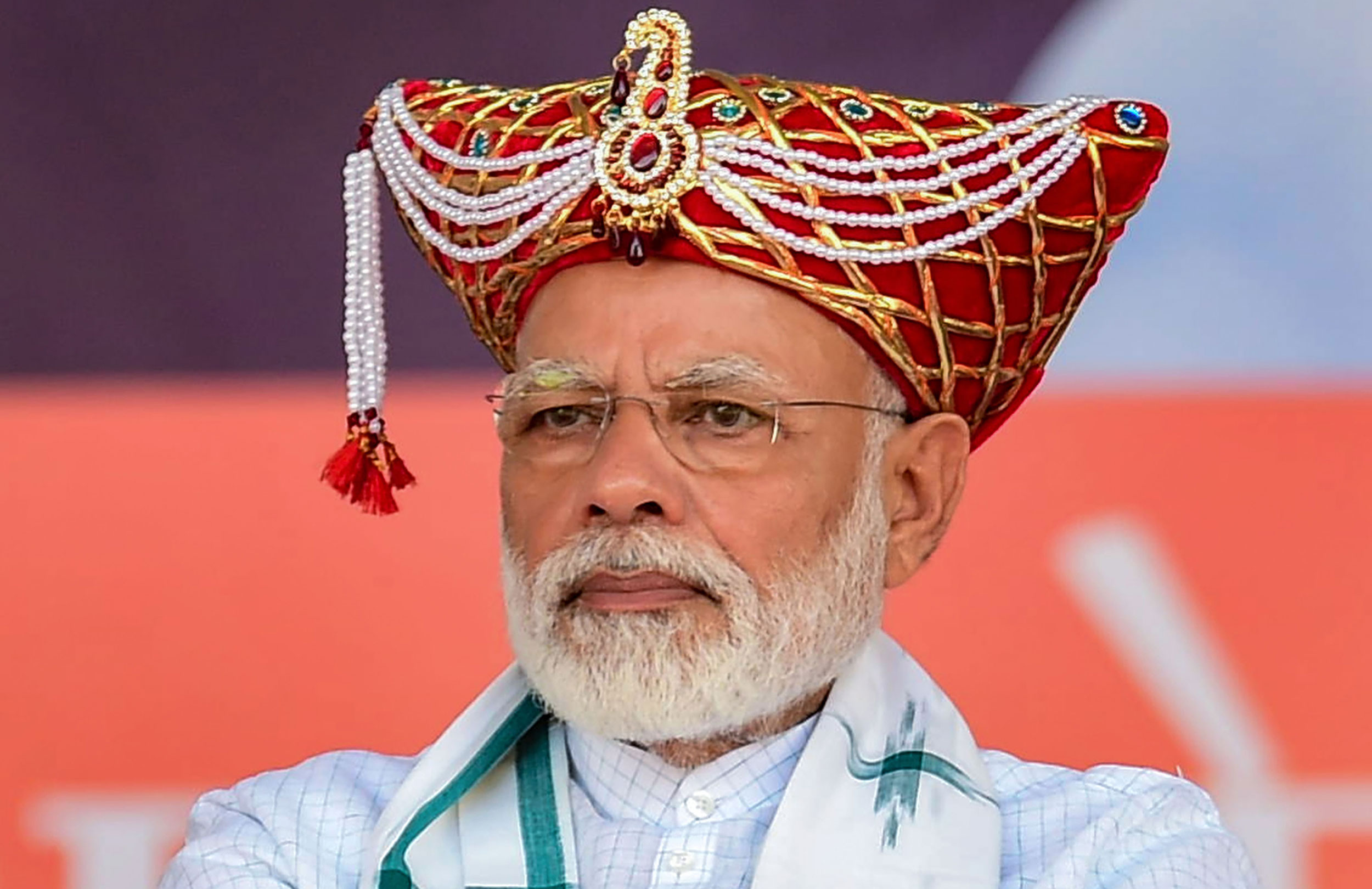 Prime Minister Narendra Modi on Thursday test-fired the changed status of Jammu and Kashmir as a poll issue in Maharashtra with slogans of building a “new Kashmir” and a “new paradise” and “hugging Kashmiris” while drawing a distinction between the Opposition, which was working against “national interest”, and the “will of 130 crore Indians”.

Modi addressed a rally in Nashik to mark the conclusion of chief minister Devendra Fadnavis’s “Maha Janadesh Yatra” aimed to prepare the ground for next month’s Assembly polls. The Prime Minister spoke at length about his government’s decision to revoke the special status of Jammu and Kashmir.

Although Modi sought to appear to reach out to locked-down Kashmiris with the promise of development, the electoral motive of milking the issue to sway voters in Maharashtra was not lost on many.

An internal survey by the BJP has revealed that Modi’s popularity has soared substantially after the move to scrap Jammu and Kashmir’s special status and the party feels the issue has the potential to yield rich electoral dividends in three poll-bound states — Maharashtra, Haryana and Jharkhand.

Modi asked the Nashik crowd whether they were happy with the decision and went on to claim that “literate and illiterate”, “young and old”, “urban and rural” people had endorsed the move.

He claimed that implementing the Constitution in Jammu and Kashmir was not only a decision of the government, but also a reflection of the “will of 130 crore Indians”.

Appearing encouraged by the huge applause from the crowd, the Prime Minister sought the support of the people in building a “new Kashmir”, a “new paradise”.

He said that from “Kashmir hamara hai (Kashmir is ours)”, the slogan now should be “Hume naya Kashmir banana hai (We’ve to build a new Kashmir)” and “Har Kashmiri ko gale lagana hai (We’ve to hug every Kashmiri)”.

The Election Commission is likely to announce the poll schedule for Maharashtra and Haryana in a couple of days.

The political motive was starkly laid out as Modi slammed the Opposition, targeting the Congress and the NCP that are fighting the Assembly polls together, for criticising the government’s decisions on Jammu and Kashmir. He claimed they were going against “national interest” to strengthen the anti-India forces.

“Unfortunately, when the entire country was supporting the decision, senior leaders of the Congress and the NCP, the way they should have supported it (they were not doing so),” Modi said.

Modi wondered how an experienced leader like Sharad Pawar could join the Congress in attacking the government.

The Prime Minister accused Pawar of praising the neighbouring country and added that Maharashtra, India and the entire world knew where the “factory of terrorism” exists.

The Opposition has been critical of the unilateral decision to strip Kashmir’s special status amid a communication blockade that has now crossed 45 days. It is also protesting the manner in which pro-India politicians in the Valley have been arrested.