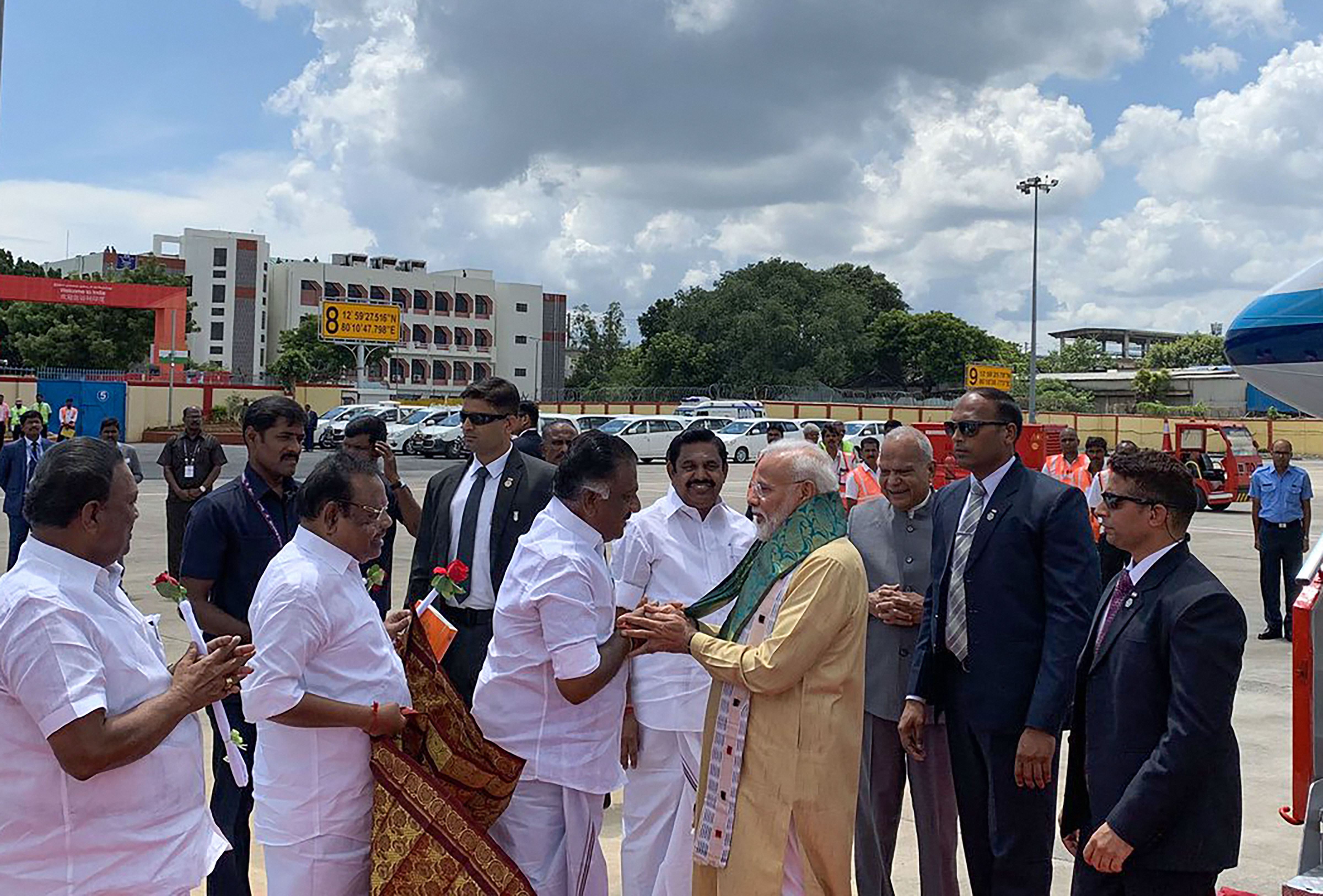 He wished the summit will further strengthen ties between India and China.

Modi arrived by a special flight from Delhi and was received by Tamil Nadu governor Banwarilal Purohit and chief minister K. Palaniswami among others.

'Landed in Chennai. I am happy to be in the great land of Tamil Nadu, known for its wonderful culture and hospitality,' he said in tweets in English, Tamil and Chinese.

'It is gladdening that Tamil Nadu will host President Xi Jinping. May this informal summit further strengthen ties between India and China,' he added.

The Prime Minister later proceeded by a helicopter to the coastal town of Mamallapuram, which will host the two high-profile leaders.

He was accorded a warm reception at Mamallapuram by senior state ministers, including D. Jayakumar and officials.

Modi later left by road to the nearby hotel where he would be staying.

The Chinese city of Wuhan had hosted the first informal summit between Modi and Xi last year.

The two leaders are expected to discuss various bilateral issues during their two-day meet concluding on Saturday.

Meanwhile, five suspected Tibetans were detained by the police earlier for allegedly trying to stage a protest outside the star hotel where Jinping is slated to stay during his two-day visit.