Goyal comes under fire on social media for outburst on industry

First, he ensured Rajya Sabha did not function at all and now this bizarre tirade, says Jairam Ramesh 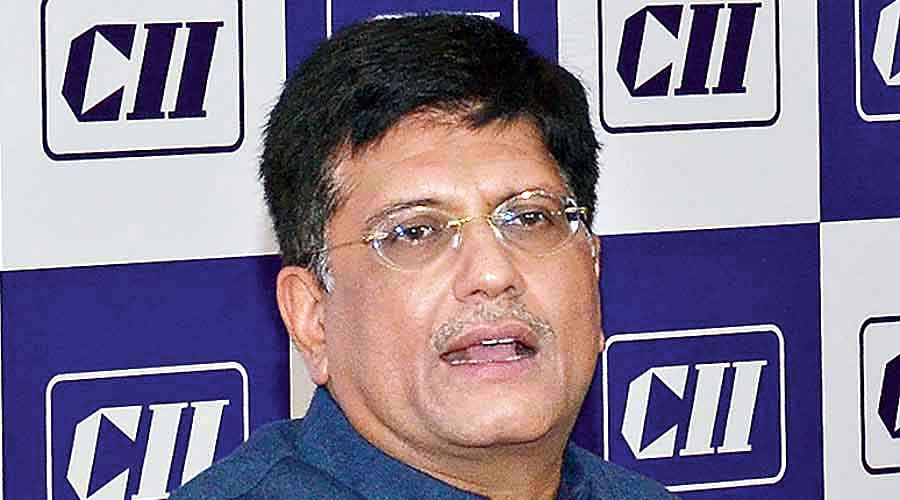 Commerce minister Piyush Goyal has come under fire on social media after slamming the Tata Group and a couple of other Indian business houses for placing their own interests ahead of the nation’s.

Goyal’s diatribe against the Tatas came on Thursday at an event organised by the Confederation of Indian Industry (CII), and apparently stemmed from Bombay House’s objections to proposed changes in e-commerce regulations that the minister was looking to introduce. Bombay House is the Tata Group’s headquarters in India’s commercial capital.

A war of words erupted after a video of Goyal’s comments was withdrawn from YouTube. The Hindu newspaper reported that the government had directed the industry chamber to take it down.

The newspaper report also said a flubbed attempt to put out a sanitised version of Goyal’s unseemly attack against Indian corporate houses was also blocked.

Neither the commerce minister nor the CII would comment on the controversial video.

Goyal had apparently hit out at the Tatas in his 19-minute diatribe.

Sources close to the minister claimed his comments had been wrenched out of context.

Opposition leaders seized the opportunity to fire a fusillade against Goyal and the Narendra Modi government.

Senior Congress leader Jairam Ramesh said he was flabbergasted by Goyal’s “unprovoked attacks” against Indian industry. “'First, he ensured Rajya Sabha did not function at all and now this bizarre tirade! He couldn’t be speaking without official sanction, could he,” Ramesh tweeted.

I am absolutely flabbergasted at Piyush Goyal's unprovoked attacks on Indian industry. First, he ensured Rajya Sabha did not function at all, and now this bizarre tirade! He couldn’t be speaking without official sanction, could he?https://t.co/pVSwY7xf4u

The Shiv Sena’s Priyanka Chaturvedi said: “The kind of language used against industry captains and calling their work against nation’s interest is shameful.… CII should demand an apology instead of helping him by pulling down the video.”

Trinamul Congress MP Mahua Moitra termed Goyal’s comments an “unhinged rant”, adding that the “pressure of working in an underperforming one-man show must really be getting to them”.

In a tweet, former Union minister Milind Deora said: “World over, governments are working with industry, entrepreneurs & traders to help them get back on their feet. GOI’s ‘minimum government, maximum governance’, prefers berating & bullying them toward unprofitability & decline. A strong economy is in India’s national interest.”

World over, governments are working with industry, entrepreneurs & traders to help them get back on their feet.

A strong economy is in India’s national interest. pic.twitter.com/lqeQK4HO7u

Anil Swarup, a former secretary of the Government of India, said he was appalled that no one from the industry protested. “The industry acted worse than civil servants (at least some protested) when they were pilloried & called ‘Babus’ in Parliament,” he tweeted.

I had doubted it but @PiyushGoyal did make this comment. However, what is appalling is that no one from the industry protested. The industry acted worse than civil servants (atleast some protested) when they were pilloried & called "Babu" in Parliament.https://t.co/vn8iCCtszI

Industry was agog with speculation about what really triggered Goyal’s harangue.

A few corporate observers said the Tata Group -- which is in the process of unveiling a Super App that will telescope multiple websites that sell products of group companies and other unrelated vendors -- had objected to the proposed new e-commerce rules that seek to place restrictions on any attempt to prioritise the sale of products on what is being construed as a digital marketplace.

Last month, a Reuters report had said the conglomerate had been among the most vociferous in telling the government in a July meeting that the proposed e-commerce rules would have a major impact on its business and bar its joint venture partners like Starbucks from selling goods on Tata’s shopping websites.

“If Tata cannot sell their own product — be it Voltas, Titan or plethora of other products — from this app, then it makes no sense for them. Likewise, if the consumers don’t get the option to choose from multiple other competing products, the app would not appeal to them,” explained a source who is aware of the context of Goyal’s tirade.

Besides Starbucks, the Tata Group has joint ventures with Inditex of Spain which owns Zara and the high street Massimo Dutti apparel brands. The app is expected to provide an additional outlet to them as well.

The Super App is at the heart of the digital ambitions of the Tata Group under chairman Natarajan Chandrasekaran. In the past year, the Tatas have bought a majority stake in grocery chain BigBasket, online pharma chain 1mg and fitness start up CureFit.

The new e-commerce rules are likely to impede the salt-to-software conglomerate’s plan to consolidate digital sales under one app.

The Tata Group did not comment on Goyal’s remarks.

Just a few days ago, Goyal had fired a sharp broadside against Amazon and Walmart-owned Flipkart for seeking judicial intervention in an effort to stop an anti-trust investigation into their trade practices.

After the Supreme Court turned down the plea by the two e-commerce giants, Goyal had gloated in Parliament over the symbolic significance of the date on which the Supreme Court announced its verdict, which he said coincided with the launch of the Quit India Movement.

The sudden attack now against the Tatas comes at a time when several Indian and foreign business groups are scrambling to establish digital marketplace fiefs.

The outburst also comes amid a severe setback to Reliance Industries’ plan to acquire Kishore Biyani’s Future Retail after the Supreme Court ruled that an emergency arbitral award that Amazon had secured from a Singapore tribunal was enforceable in India.

In April, Reliance Industries was forced to push back the deadline for closing the over Rs 25,000-crore deal by six months to September 30 --  a date that looks in some doubt as the legal battle escalates.

On Thursday, Future Retail filed a special leave petition in the apex court challenging the verdict. No date has yet been set for a hearing.