Shah, the virtual Number Two in the new government, stepped into his North Block office at noon 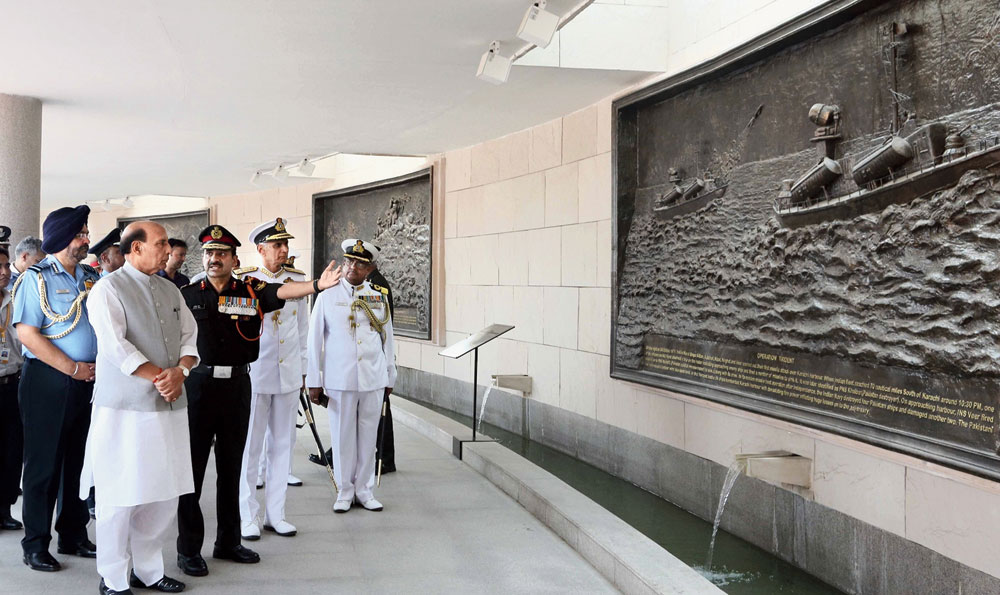 BJP president Amit Shah took charge as the country’s home minister on Saturday, saying “security and welfare of citizens” were among his priorities and thanking Prime Minister Narendra Modi for trusting him with the responsibility.

The virtual Number Two in the new government stepped into his North Block office at noon, wearing a light-blue jacket over white kurta, before getting down to business with a meeting with senior officials.

“Took over as the home minister of India today. I express my gratitude to the Prime Minister for reposing faith in me. The safety, security and welfare of citizens are the priority of the Narendra Modi government. I will try my best to achieve this,” Shah said in a tweet in Hindi.

At the meeting, the officials gave a detailed power-point presentation on the functioning of the ministry and key issues.

The two newly appointed ministers of state for home — G.K. Reddy and Nityanand Rai, who too took charge on Saturday — attended the hour-long meeting.

Shah later met Jammu and Kashmir governor Satya Pal Malik, who briefed him on the prevailing security situation in the state, now under President’s rule.

Sources said the governor apprised the Union home minister of preparations for the Amarnath Yatra, a 46-day pilgrimage scheduled to begin on July 1 and conclude on August 15.

“I have discussed security matters and development issues with the home minister,” Malik told reporters after the meeting.

The governor, however, said they did not discuss matters related to holding Assembly elections in the state — under central rule since June 2018 — as they came under the purview of the Election Commission of India.

Assembly elections in Kashmir are expected to be held later this year.

Shah’s predecessor Rajnath too took charge as defence minister at South Block, located opposite to his earlier office in North Block.

Rajnath, who had on Thursday taken oath just after Modi, held a meeting with the chiefs of the army, navy and the air force and asked them to prepare separate presentations on the challenges and overall functioning of their respective forces.

Minister of state for defence Shripad Naik, defence secretary Sanjay Mitra and other top officials of the ministry were present at the meeting.

“The defence minister instructed the officers to prepare detailed presentations on all divisions and set time-bound targets to achieve the desired outcome,” a statement from the defence ministry said.

“Containing infiltration of terrorists from Pakistan in Jammu and Kashmir and ensuring peace and tranquillity along the frontier with China are among major challenges for the new minister, besides speeding up the long-delayed modernisation of the three services,” a defence ministry official said.