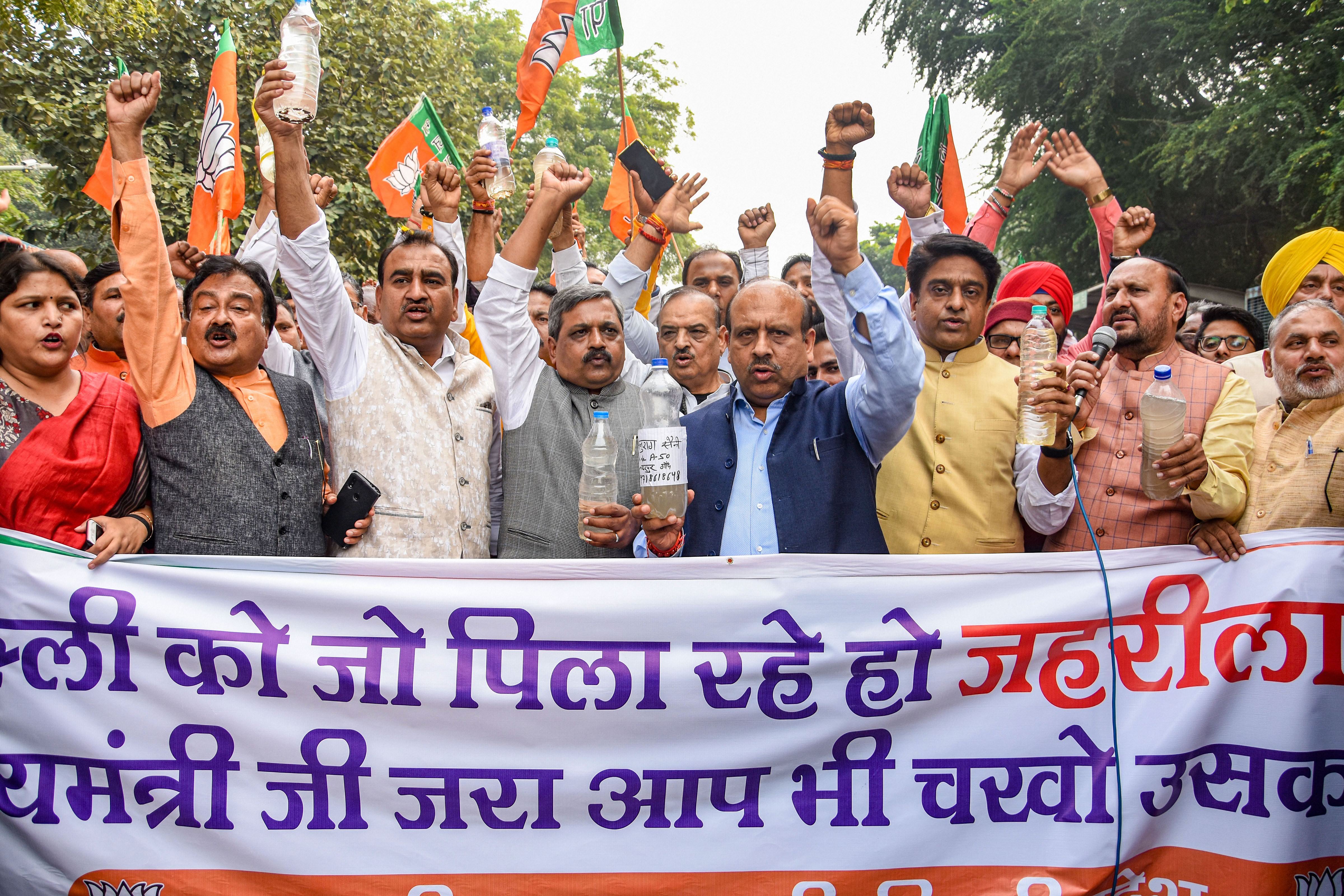 Mohaniya cited media reports, alleging that 'gross irregularities' have surfaced in the process of water sample collection in the city.

'We have come to know that a Lok Janshakti Party worker collected water sample from a house and not Bureau of Indian Standards (BIS) officials. It's politics in the run-up to elections. An issue is being made out of it,' Mohaniya said.

The Centre and the city government have been trading allegations since Paswan released a BIS report on November 16 that said water samples collected from 11 places in the city failed quality tests.

Mohaniya said according to media reports, people at two places denied that water samples were taken from their houses.

Water samples have been collected from the house of LJP vice-president. It is petty politics ahead of the Assembly elections in Delhi, he alleged.

'A fake report has been tabled in Parliament and Paswan ji has acted irresponsibly,' Mohaniya alleged.

The DJB vice-chairman said an independent agency has again collected samples from these 11 places and the results will be put in the public domain within 48 hours.

'We have been working with full transparency. On the other hand, the BIS report is generic. It lacks details about parameters and prescribed norms,' he claimed.

On Thursday, Paswan addressed a press conference where he told reporters that he did not collect samples but BIS officials did, Mohaniya said.

Paswan should tell if BIS officials misguided him on the issue. He should fix responsibility on them, he said.

He said 2,300 areas in Delhi had been facing water-related issues before the AAP came to power. The number has reduced to 117 now, he added.

Earlier in the day, the AAP demanded the resignation of Paswan for giving out a 'false' report.

AAP senior leader Sanjay Singh, talking to reporters, asked the Union minister on whose provocation he lied and defamed Delhi through his allegations.