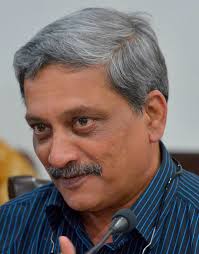 Goa Chief Minister Manohar Parrikar on Monday dropped from his cabinet two ailing ministers, who would be replaced with new faces, a senior official in the CMO said.

Both the BJP ministers -- Francis D'Souza and Pandurang Madkaikar -- are currently admitted in hospitals.

The development comes at a time when Parrikar, 62, is undergoing treatment for a pancreatic ailment at the All India Institute of Medical Sciences (AIIMS) in New Delhi.

Parrikar recommended the dropping of D'Souza, who was heading the urban development department, and Madkaikar, who was the power minister, from the cabinet, the official in the Chief Minister's Office (CMO) said.

Madkaikar was admitted to a private hospital in Mumbai after he suffered a brain stroke in June, while D'Souza is undergoing treatment at a hospital in the US.

They would be replaced with BJP legislators Milind Naik and Nilesh Cabral, the official said.

Naik and Cabral will be administered the oath of office by Governor Mridula Sinha on Monday evening.

Naik was the power minister in the previous Laxmikant Parsekar-led cabinet, while Cabral would be sworn in for the first time.

Bharatiya Janata Party (BJP) president Amit Shah had said on Sunday that Parrikar would continue in his post and announced that a reshuffle of the state's ministers would soon take place.

Parrikar's poor health has sparked speculation over his continuation as chief minister of Goa, and Shah recently sent a team of central party leaders to the state to speak to allies and take stock of the political situation.

The opposition Congress, which is the single-largest party in the state with 16 MLAs in the 40-member Assembly, has staked claim to form the government.

However, the BJP has asserted that its government continues to have the support of a majority of MLAs.

The state is being ruled by the BJP with the support of the Goa Forward Party (GFP), the Maharashtrawadi Gomantak Party (MGP), the Nationalist Congress Party (NCP) and Independent MLAs.

The BJP has 14 seats in the Assembly, the GFP and the MGP have three each and the NCP has one. There are also three Independent legislators.