Over 23,000 vials for drug to treat black fungus allocated to states, says government

Amphotericin- B is used to treat mucormycosis, a rare infection affecting Covid patients 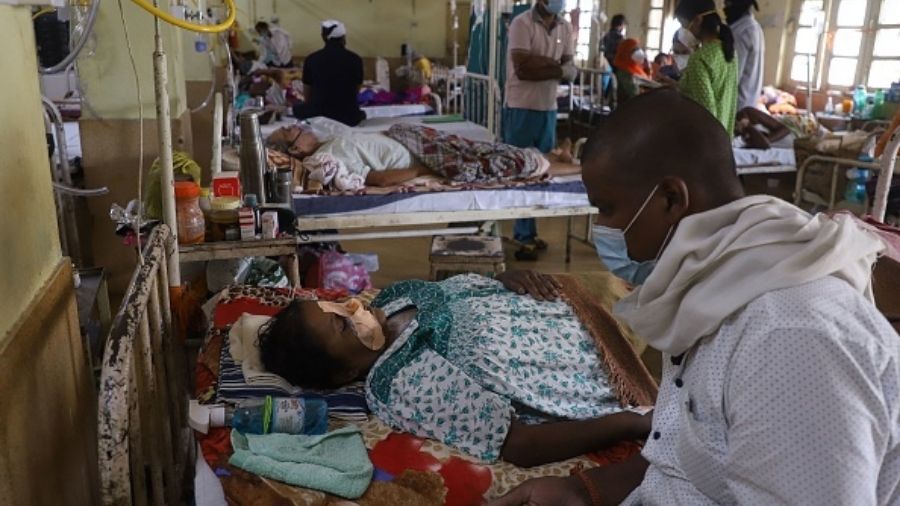 With cases of mucormycosis or black fungus increasing, the government has allocated 23,680 additional vials of Amphotericin-B to various states and union territories (UTs), Union Minister Sadananda Gowda said on Saturday.

The allocation has been made based on the total number of patients which is around 8,848 across the country, he noted.

"After a detailed review of rising no. of cases of #Mucormycosis in various states, a total of 23,680 additional vials of #Amphotericin- B have been allocated to all States/UTs today," Gowda, who is Minister of Chemicals and Fertilisers, tweeted.

States like Andhra Pradesh, Gujarat, Haryana, Karnataka, Madhya Pradesh, Maharashtra, Rajasthan and Telangana have been allotted 75 per cent of the additional vials, he noted.

Mucormycosis, also known as black fungus, damages the nose, eyes, sinuses, and sometimes even the brain.

It is a very rare infection which is caused by exposure to mucor mould which is commonly found in soil, plants, manure, and decaying fruits and vegetables. It affects the sinuses, the brain and the lungs and can be life-threatening in diabetic or severely immuno-compromised individuals such as cancer patients or people with HIV/AIDS.

The doctors in India are documenting an alarming number of cases of mucormycosis among patients with Covid-19 and those who have recently recovered. They believe that mucormycosis may be triggered by the use of steroids, a life-saving treatment for severe and critically ill Covid-19 patients.