Asaduddin Owaisi said he supported all the women in the House but where was the group of ministers' report on M.J. Akbar 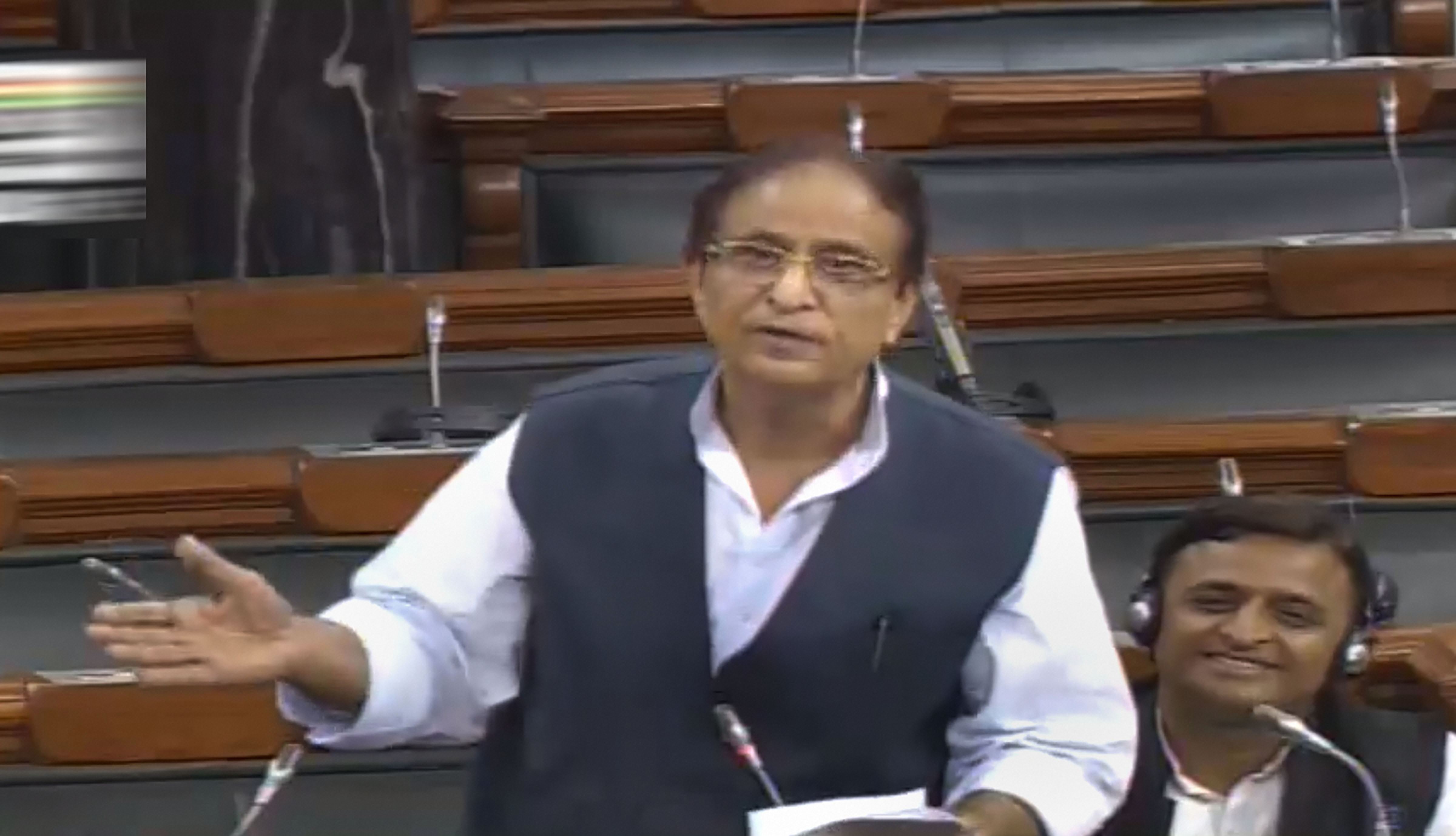 The outrage over Samajwadi Party leader Azam Khan’s sexist remarks in the Lok Sabha on Thursday dominated Zero Hour in the Lok Sabha, but one Opposition member asked what the BJP was doing about a parliamentary probe into charges of sexual harasment against M.J. Akbar by several women journalists.

During the debate on the bill criminalising instant triple talaq on Thursday, Khan’s remarks at BJP MP Rama Devi, who was in the Speaker’s chair then, had offended several members. Members, several from the BJP, had demanded an apology. At the start of Zero Hour on Friday, Sanghamitra Maurya, a BJP MP, demanded that Khan should come to the floor of the House and apologise.

“This is not a House where men come in 'taki kisi aurat ke aankhon me jhaanka jaye (so that they can stare into women’s eyes),” said Union minister Smriti Irani. “If this would have happened outside the House, the woman would have asked for police protection and she would have received it. The bill on sexual harassment in the workplace was passed by this House and we can’t sit here as mere mute spectators,” Irani said.

Union minister Ravi Shankar Prasad said: “Either he should apologise in the House or he should be suspended from the House.”

But members in the Oppsition also raised the women's reservation bill, the barbs Sonia Gandhi faced in the House.

AIMIM’s Asaduddin Owaisi said he supported all the women in the House as well as other members in their protest against Khan. “But I want to say something to this government. In your ruling party, a committee of a group of ministers was set up for M.J. Akbar, where is its report?” he asked. BJP leaders immediately stood up to protest.

Earlier DMK’s Kanimozhi Karunanidhi raised women's reservation while criticising Khan. “Bringing the reservation and bringing more women into this House will add to the strength of women. We are with the government to support the bill when they bring it.'

Arjun Ram Meghwal, the minister of state for parliamentary affairs, said Khan is known for insulting women outside Parliament as well. In April, an FIR was registered against Khan, who is the MP from Rampur, for a jibe at BJP leader Jaya Prada, saying that she was “wearing a khaki underwear” all the while that she was in the Samajwadi Party earlier. Khan had said this during an election rally when he was contesting against Jaya Prada. He was barred from campaigning for two days.

Congress leader Adhir Ranjan Choudhury, amid much protest from BJP MPs, reminded everyone how comments were made about then party chief Sonia Gandhi inside the House. “Whether here or anywhere in the country, the Congress doesn’t tolerate any such behavior. We all know how Sonia Gandhi was called Italy ki katputli (Italy’s puppet) inside the House,” he said.