Other poster will have Nehru’s image, says ICHR official

Facing flak over the image of India’s first PM missing from a poster celebrating the 75th year of independence, ICHR termed the controversy as unnecessary 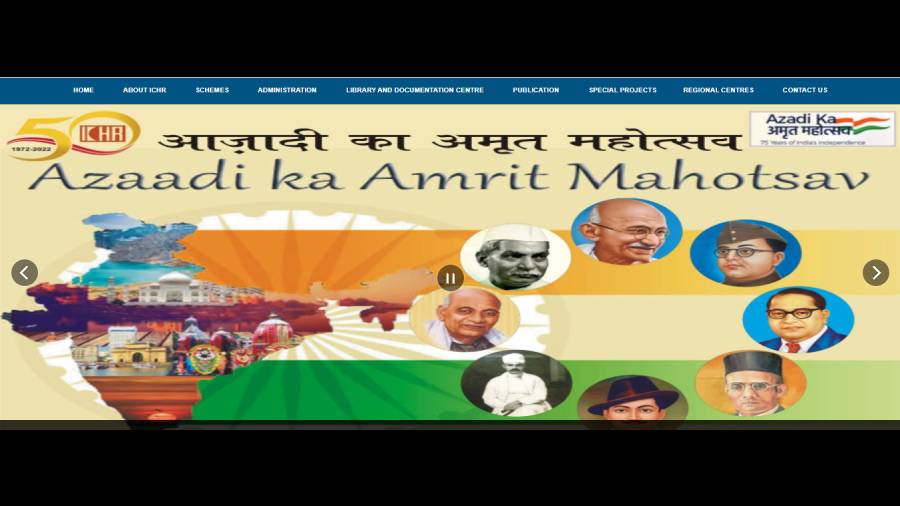 Facing flak from opposition parties for excluding Jawaharlal Nehru from a poster celebrating the 75th year of independence, the Indian Council of Historical Research (ICHR) said the controversy over the issue is "unnecessary" as other posters being released in the coming days will feature Nehru.

"We are not trying to undermine anyone's role in the movement," a top ICHR official said, dismissing criticism on the issue, and added the poster was one of the many released as part of the Azadi ka Amrit Mahotsav celebrations.

ICHR, an autonomous body under the Ministry of Education, has been running a series of lectures and seminars on the theme of the Independence struggle under the Azadi ka Amrit Mahotsav' celebration.

"This is only one of the posters released as part of the Azadi ka Amrit Mahotsav celebrations. There will be several others and Nehru will be featured in them... controversy around this is unnecessary," the ICHR official told.

As part of the lecture series, the council has invited various historians and academicians to speak on different topics related to India's freedom movement.

Opposition parties had targeted the government for the exclusion of the image of the country's first prime minister from the poster and suggested that it had been done deliberately.