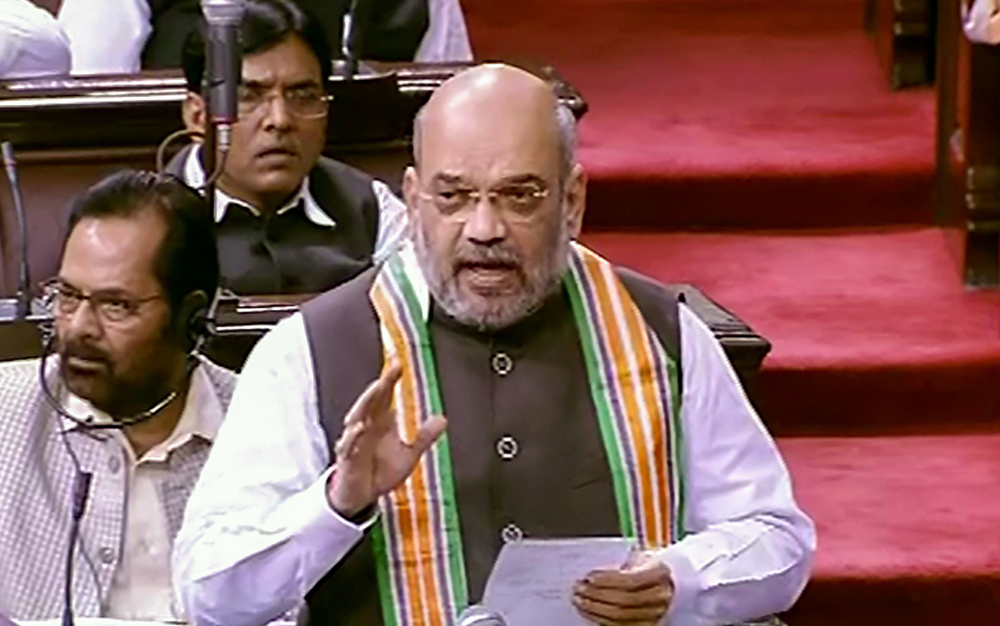 The Opposition was up in arms in the Rajya Sabha on Monday over the government riding roughshod on parliamentary procedure and the refusal to refer any bill to a House committee, triggering allegations outside that the Gujarat Assembly was being replicated in Parliament.

The suggestion was that the Opposition didn’t have much of a say in the Gujarat House when Narendra Modi was chief minister.

In the Rajya Sabha, the Opposition, barring the Trinamul Congress, eventually joined the treasury benches in passing the Protection of Human Rights (Amendment) Bill, but the government is likely to run into troubled waters with the Right to Information (Amendment) Bill as even the Biju Janata Dal and the Telangana Rashtra Samithi are opposed to the amendments.

The Opposition parties are planning to rally forces to press for referring the RTI Amendment Bill — widely perceived as a bid by the government to weaken the RTI architecture — to a select committee for scrutiny. They have decided to meet on Tuesday morning ahead of the day’s proceedings to chalk out a course of action amid indications that the government is keen on extending the session.

The government has sounded out Congress leader in the Lok Sabha Adhir Ranjan Chowdhury on this and he is said to have questioned its intent; asking whether the government wanted to make it a case of “one nation, one election, one session”.

In this first Parliament session of the second Modi government, not one bill has been referred to a standing committee made up of members from both Houses or to a select committee of the Rajya Sabha. The standing committees have to be reconstituted since a new Lok Sabha is in place. The Opposition suspects this is why the government wants to extend the session beyond July 26 to push bills it is interested in without scrutiny.

The issue came up in the Rajya Sabha when the rights bill was taken up for discussion. While Trinamul’s Derek O’Brien flagged the need to refer the bill to a select committee, Anand Sharma of the Congress questioned the government’s haste in pushing bills through Parliament.

“There is a tearing hurry on the part of the government that every bill should get passed; this is Parliament and it has a serious duty; it is the responsibility of this House to ensure that there is no hurry in law-making, and all members have the same right to move amendments,” Sharma said, adding that amendments submitted by Opposition members to the rights bill were not circulated to all the members in time.

While the House was adjourned in view of the disruption for the third time in the afternoon, Trinamul walked out when it resumed; protesting the subversion of parliamentary procedure. Party MP Sukhendu Sekhar Ray later told reporters that Rule 95(1) clearly states that members have to be given a day’s time from the day a bill is to be taken up for consideration to submit amendments.

Since the bill was transmitted to the Rajya Sabha from the Lok Sabha on Friday, just before adjournment for the weekend, members didn’t get enough time to submit amendments with the bill being brought up on Monday.

“Democracy and Parliament are being murdered,” O’Brien said, briefing mediapersons. “Eleven bills have been passed without scrutiny…. As an Opposition leader said, this is not the Gujarat Assembly; this is the Parliament of India.”