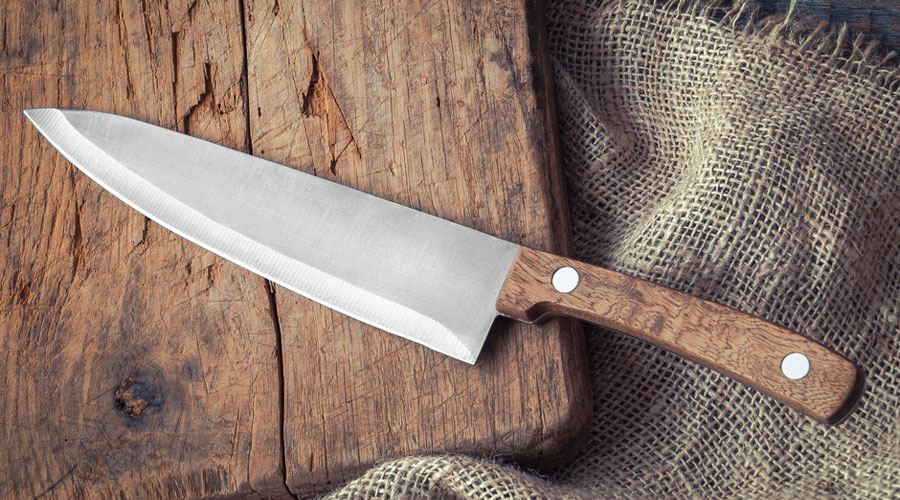 Through cutting experiments observed under electron microscopy, the materials science researchers at the Massachusetts Institute of Technology (MIT) have identified three factors that contribute to the wear of steel-blade edges under realistic shaving conditions.
Shutterstock
G.S. Mudur   |   New Delhi   |   Published 07.08.20, 03:55 AM

Three scientists in the US on Thursday delivered the most comprehensive account yet for an everyday observation unexplained for centuries — how the sharpest steel blades soften after cutting things much softer, whether potatoes, cheese or hair.

Through cutting experiments observed under electron microscopy, |the materials science researchers |at the Massachusetts Institute of Technology (MIT) have identified three |factors that contribute to the wear of |steel-blade edges under realistic |shaving conditions.

Their studies suggest that micro-|cr­a­­cks that emerge from microscopic |ir­re­gularities on the blade edge, micro-str­uctural variations in the blade |edge, and differences in the cutting |angles resulting from hair bending while being cut, all work in concert |to weaken the edge.

The findings, to be published |on Friday in the US journal Science, provide micromechanical insights into how stainless-steel blades 50 times harder than human hair can cause the wear and suggest strategies to create longer-lasting sharp edges.

“Bits of this puzzle were known — there are different factors at play. Our work shows the full picture of what’s going on,” Cemal Cem Tasan, an associate |professor of metallurgy at MIT who |led the research, told The Telegraph |over the phone.

The researchers have underlined that although at a macroscopic level the edge appears sharp and smooth, it is actually rugged and uneven. Their studies have shown that micro-cracks emerge from these microscopic irregularities on the edge.

They have identified two additional factors that contribute to the wear — the presence of heterogeneity or micro-structural diversity at the blade edge and the relative positions of the irregularities on the edge and hair during the cutting process.

“This micro-structural heterogeneity is something that might be relatively easier to engineer,” Roscioli told this newspaper.

“This is impressive work — it shows the actual reasons for blunting,” said Kuttanellore Muraleedharan, a senior materials science researcher and director of the Central Glass and Ceramics Research Institute, Calcutta, who was not involved in the study.

The scientists have filed a patent application for a technique to reduce this heterogeneity, which would bring more uniformity to the edge and improve its hardness.

Tasan said the study was part of a broader effort in his lab to understand how materials behave and specifically why they fail under certain circumstances. Insights into failure mechanisms could lead to strategies to improve the performance and the lifespan of the materials.

“The study shows that blunting of sharp edges occurs through three modes of deformation,” Muraleedharan said. “Technology to reduce blunting could have huge industrial applications — although makers of disposable blades would probably turn it down.”