At the Vibrant Gujarat summit in January, Ambani had come out strongly in support of the Centre’s plan to stop the outflow of India’s data to third countries 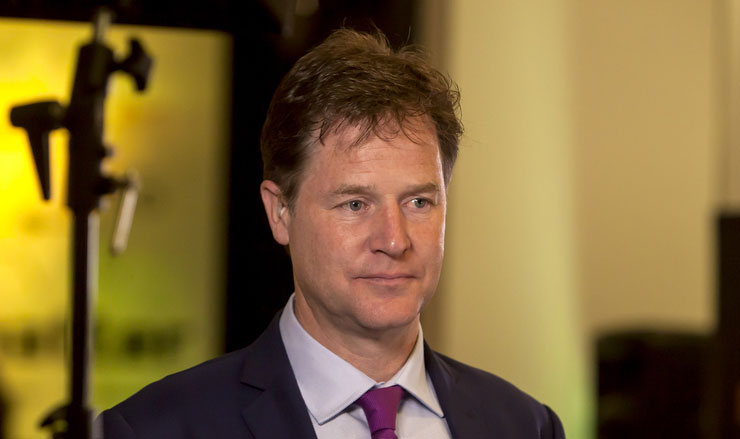 Facebook’s vice-president for global affairs and communications Nick Clegg slammed India’s inward-looking policy of fiercely storing the repository of data gathered from its citizens within the country and stopping global corporations from mining it for profit.
(Shutterstock)
Our Special Correspondent   |   New Delhi   |   Published 12.09.19, 09:03 PM

On Thursday, Facebook’s vice-president for global affairs and communications Nick Clegg slammed India’s inward-looking policy of fiercely storing the repository of data gathered from its citizens within the country and stopping global corporations from mining it for profit.

Clegg did not name Ambani but the object of his attack was clear. It also provided an insight into how the aspirations of Ambani’s Jio can pit it against global giants.

At the Vibrant Gujarat summit in January, Ambani had come out strongly in support of the Centre’s plan to stop the outflow of India’s data to third countries.

“For India to succeed in this data-driven revolution, we will have to migrate the control and ownership of Indian data back to India. In other words, Indian wealth should go back to every Indian,” Ambani had said at that time. “In this new world, data is the new oil. And data is the new wealth.”

Clegg warned that if India pursued such a strategy, it would find itself locked out of major global data-sharing initiatives that are designed to clamp down on serious crime and terrorism.

“There are many in India and around the world who regard data as the new oil — and that, like oil, having a great reserve of it held within your national boundaries, will lead to sure-fire prosperity. But this analogy is mistaken,” Clegg said at an event here.

“Data isn’t oil — a finite commodity to be owned and traded, pumped from the ground and burned in cars and factories. Of course, no analogy is perfect, but a better liquid to liken it to is water, with the global Internet like a great border-less ocean of currents and tides,” Clegg added.

The value of data, Clegg said, comes not from “hoarding it” or trading it like a finite commodity, but from allowing it to flow freely and encouraging the innovation that comes from that free flow of data —the algorithms and the services and the intelligence that can be built on top of it.

Clegg said to contain data within geographical boundaries and restricting its flow outside the country would be to “turn this great ocean of innovation into a still lake”.

“Right now, India finds itself locked out of major global data-sharing initiatives aimed to clamp down on serious crime and terrorism, like the Clarifying Lawful Overseas Use of Data (CLOUD) Act and the Budapest Convention on Cyber Crime,” he said.

The issue has snowballed into a controversy since no other nation has imposed such severe restrictions on global technology giants.

The European Union has tough data privacy regulations but even it doesn’t completely block the outflow of data generated within the region.

Last year, the Reserve Bank of India had imposed data localisation norms on foreign fintech companies requiring them to store the data gathered from their Indian customers within the country.

Facebook, which is looking at launching payment services through its unit WhatsApp in India, and global firms such as Mastercard, Visa, PayPal, Google and Amazon have been pressing the government to relax the regulations on data localisation.

India is home to 400 million WhatsApp users and more than 328 million Facebook users.

Cyber law experts in the country have, however, come out in support of the restrictions imposed by the Modi government.

Pawan Duggal, who manages a law firm that works in the area of cyber security, said: “Data is the atma (soul) and life of the digital economy. If you take out the data, the digital economy collapses. Data should not be seen from the prism of pure commercial interest, as it has several other implications.”

“Data localisation is a measure designed to curb exploitation of the data by global corporates and others,” he added.

“Data is the driver of the new economy. Who uses it and how is now a very important issue,” said Karnika Seth, another cyber law expert. “People should know what data is being collected and how it will be used.”

All the apps that run on mobile phones collect data. “Nobody knows why they are being collected and how these will be used. Why would they collect it unless they could profit from it,” she said.

Cyber law advocate Venkataramani said: “Since data mining is a money spinner, corporates are keen on controlling it. However, certain crucial data should be stored in the country as the RBI and the Justice Srikrishna committee have suggested.”