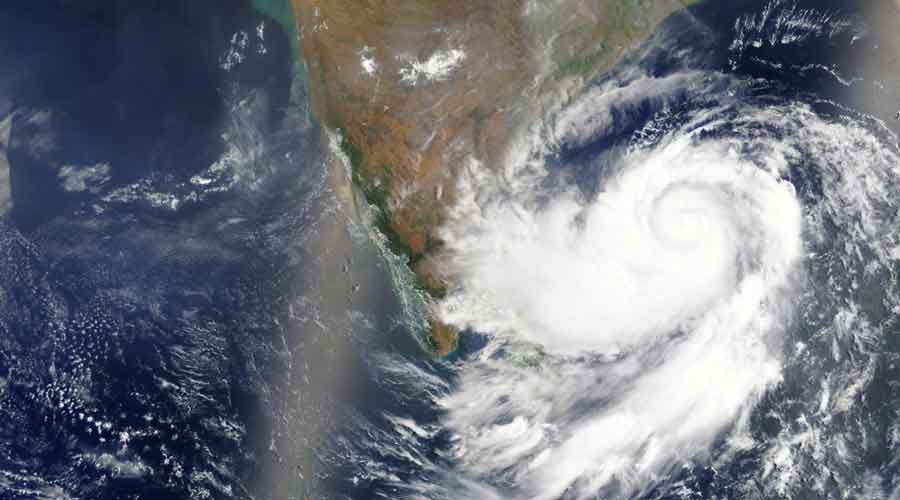 The state government has cancelled leaves of the officials and asked them to remain on high alert.
Shutterstock
Subhashish Mohanty   |   Bhubaneswar   |   Published 26.09.21, 01:49 AM

The Odisha government has deployed 168 specialised units in seven districts of the state where Cyclone Gulab is likely to make a severe impact following its landfall on Sunday evening.

The units comprise teams from the Odisha Disaster Rapid Action Force (ODRAF), NDRF (National Disaster Response Force) and fire service. Another 25 units have been kept on alert. The state government has cancelled leaves of the officials and asked them to remain on high alert.

Special relief commissioner P.K. Jena told reporters: “The landfall of the cyclonic storm will be near Kalingapatnam between Gopalpur in Ganjam district and Visakhapatnam (Andhra Pradesh). Districts like Kandhamal, Ganjam, Rayagada, Malkangiri, Koraput, Nabarangpur and Gajapati will witness heavy rainfall with strong wind.”

Jena also warned of flash floods in the Rushikulya, Nagavali and Vanshadhara rivers.

The state government is also worried about landslides under the impact of rainfall. When Cyclone Titli hit Odisha in 2018, landslides in the interior areas of Gajapati district had killed more than 24 people.

“We are gearing up the administration to face possible devastation caused by strong winds, rainfall and flash floods. Timely evacuation will be made from the vulnerable areas,” Jena said.

Officials said the state government is working with a mission to achieve zero casualty and efforts would begin to evacuate people from the vulnerable areas.

However, it seems that conditions for the cyclone are favourable at this point. “There was scorching heat in Ganjam today making it conducive for the movement of the cyclone towards the coast. I have been witnessing such a climate before any cyclone sets in,” said Berhampur-based photojournalist Gopal Krishna Reddy.

Fishermen have been told not to venture into the sea. Many fishermen were seen bringing their boats from the sea to safe locations so that there would be no damage to them during the landfall of the cyclone.