Odisha govt has put 5 southern districts on high alert , as they are likely to be affected by the cyclone that may touch land mass between Kakinada and Visakhapatnam 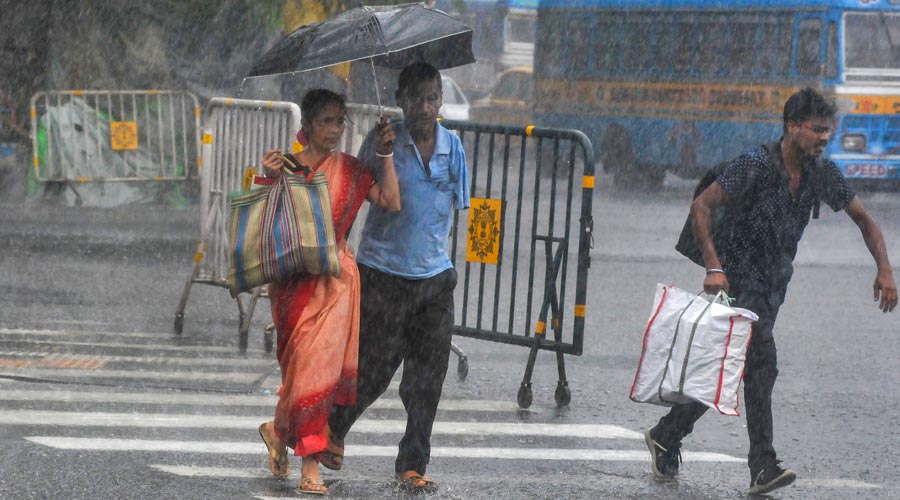 Several parts of Odisha and West Bengal are bracing for heavy rain as severe cyclone Asani weakened to a cyclonic storm on Wednesday, barreling towards north coastal Andhra Pradesh, packing wind speed of 85 km per hour, the Met Department said.

The weather system is likely to further lose steam and turn into a depression by Thursday morning, it said.

It is very likely to move nearly northwards for next few hour and recurve slowly north-northeastwards along Narsapur, Yanam, Kakinada, Tuni and Visakhapatnam coasts during noon to evening on Wednesday, and emerge into west central Bay of Bengal off North Andhra Pradesh coasts by night, the India Meteorological Department said in a bulletin.

The Odisha government has put five southern districts - Malkangiri, Koraput, Rayagada, Ganjam and Gajapati - on high alert, as they are likely to be affected by the cyclone that may touch land mass between Kakinada and Visakhapatnam, about 200 km from Odisha.

The National Disaster Response Force (NDRF) has earmarked a total of 50 teams for undertaking rescue and relief operations in areas affected by Asani, the federal agency said.

Of the 50 teams, 22 have been deployed on the ground in West Bengal, Odisha and Andhra Pradesh while the remaining 28 have been asked to be on alert within these states, an NDRF spokesperson said.

Meanwhile, the weather office in Kolkata said the system is likely to cause light to moderate rain in the districts of Gangetic West Bengal.

"Heavy rainfall is likely at one or two places over Purba and Paschim Medinipur, North and South 24 Parganas and Nadia districts of Gangetic West Bengal till Thursday morning," it said.

The weather office had asked fishermen to suspend fishing operations in the region as sea condition is likely to be high over west central and adjoining northwest Bay of Bengal till Wednesday evening, and very rough to rough over the same region thereafter on Thursday.

It said storm surge of height about 0.5 m above astronomical tide is likely to inundate low lying areas of Krishna, East and West Godavari districts of Andhra Pradesh and Yanam of Union Territory of Puducherry.

The weatherman has been monitoring the cyclonic storm since the first signs of its formation emerged last week. It has issued 30 national bulletins since May 7, predicting the track of the cyclone and alerting civic administrations about the possible damage it could cause.