Advertisement
Home / India / ‘Nothing on record’… A debut unlike any

‘Nothing on record’… A debut unlike any 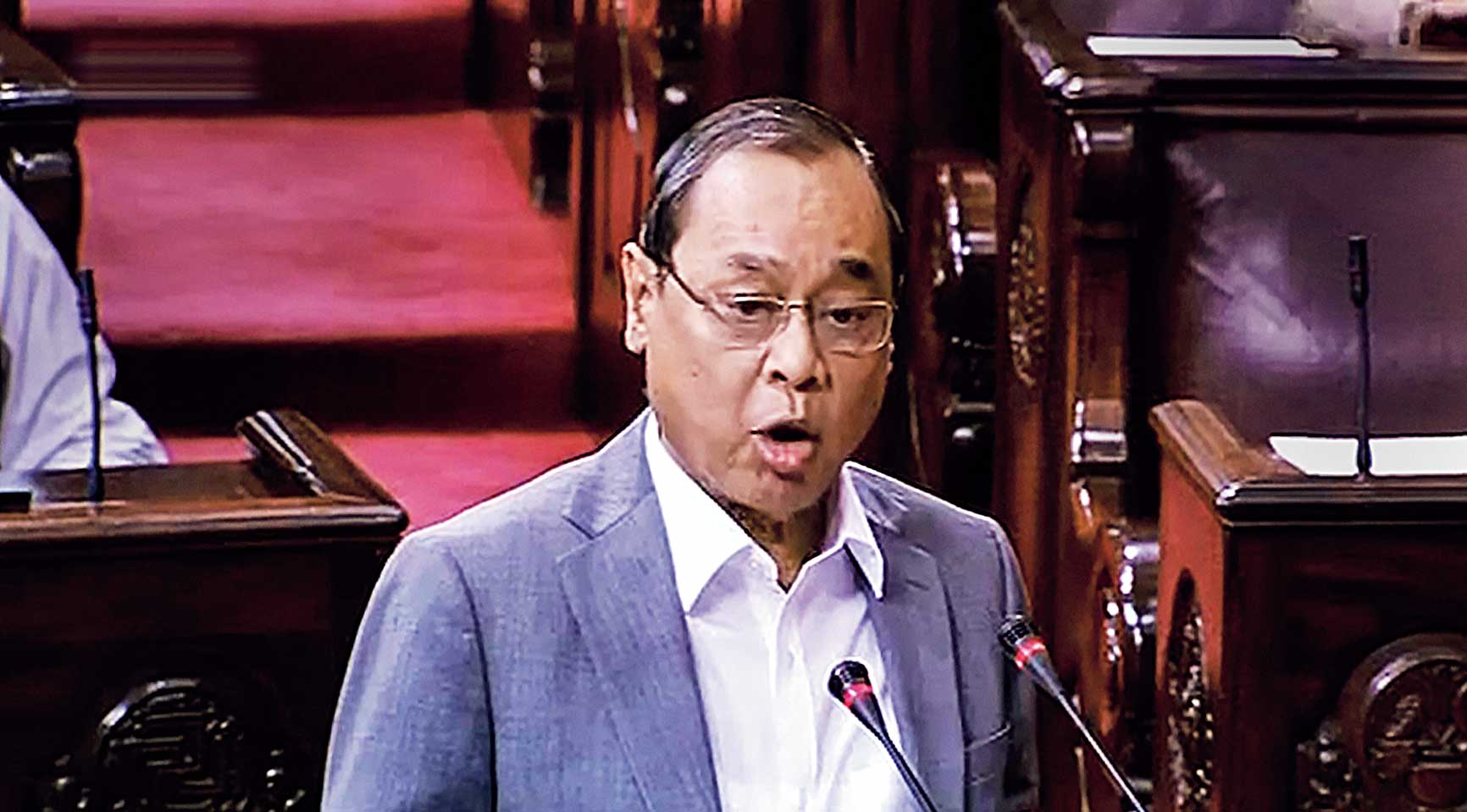 Former Chief Justice of India Ranjan Gogoi took his oath of affirmation as a Rajya Sabha member on Thursday in the face of vociferous protests from the Opposition benches, which emptied out midway during his swearing-in.

Gogoi remained outwardly unfazed by the protest to his maiden appearance in the Upper House.

There is no institutional recall of a new member having to face such protests on Day One. Usually, new members have it easy till their maiden speech.

After Gogoi took the oath as a nominated member, law minister Ravi Shankar Prasad intervened and said the Rajya Sabha had a tradition of drawing eminent people from diverse fields, including former chief justices nominated by “those who, I regretfully say, shouted.... It was grossly unfair on their part to do like that.”

Rajya Sabha Chairman M. Venkaiah Naidu said the sloganeering would not go on record. “It is very unbecoming of members of Parliament. No, this is not the way. Nothing will go on record,” Naidu said.