The human rights cell will look into complaints of rights violations 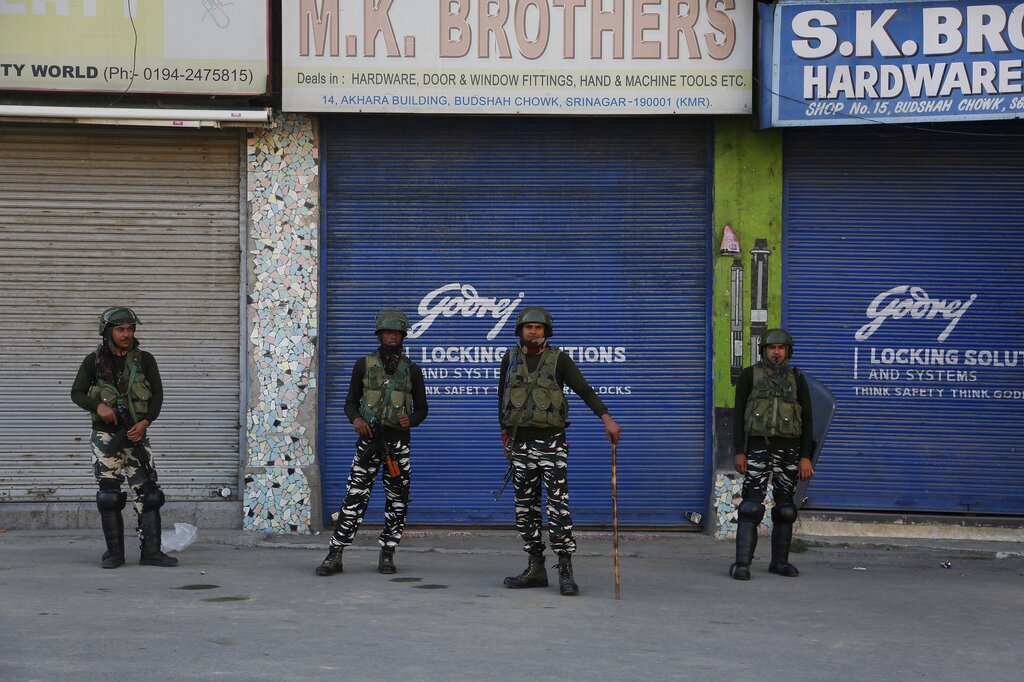 Rajnath Singh has also given his nod to set up a special vigilance cell under the army chief to look into complaints of corruption in the armed forces
AP
Imran Ahmed Siddiqui   |   New Delhi   |   Published 21.08.19, 09:25 PM

Defence minister Rajnath Singh has given the go-ahead to set up a human rights cell at the army headquarters — the first such in the forces — as part of efforts to restructure and reorganise the army, the ministry said on Wednesday.

The cell will look into complaints of rights violations.

Singh has also given his nod to set up a special vigilance cell under the army chief to look into complaints of corruption in the armed forces.

A proposal to move more than 200 officers from the army headquarters to field areas has been approved too.

“The proposals which have been approved are aimed at restructuring and reorganising the army headquarters to make the functioning of the service more efficient. Setting up separate bodies for a stringent mechanism (to deal with) human rights and corruption complaints in the armed forces are a welcome move,” an official at the army headquarters said.

The human rights cell will be headed by an officer of the rank of major general who will report to the vice chief of army staff. The cell will have an IPS officer on deputation.

“To give high priority to observance of human rights convention and values, it has been decided to set up a special Human Rights Section headed by ADG (Major General rank officer). It will be the nodal point to examine any human rights violation reports. To enhance transparency and ensure the best of investigative expertise is available to the section, a Police officer of SSP/SP rank will be taken on deputation,” the defence ministry said.

The special vigilance cell under the army chief will have tri-service representation with three colonel-level officers — one each from the army, air force and the navy.

The vigilance department now operates through multiple agencies without a single-point interface, the ministry said.

A total of 206 officers will be relocated from the army headquarters to be made available to formations and field units as part of the reforms, aimed at making the 1.3 million-strong army leaner and fitter. The officers to be relocated include 186 officers of the rank of lieutenant colonel.

The plan is to enhance leadership and combat capabilities in field and forward areas.