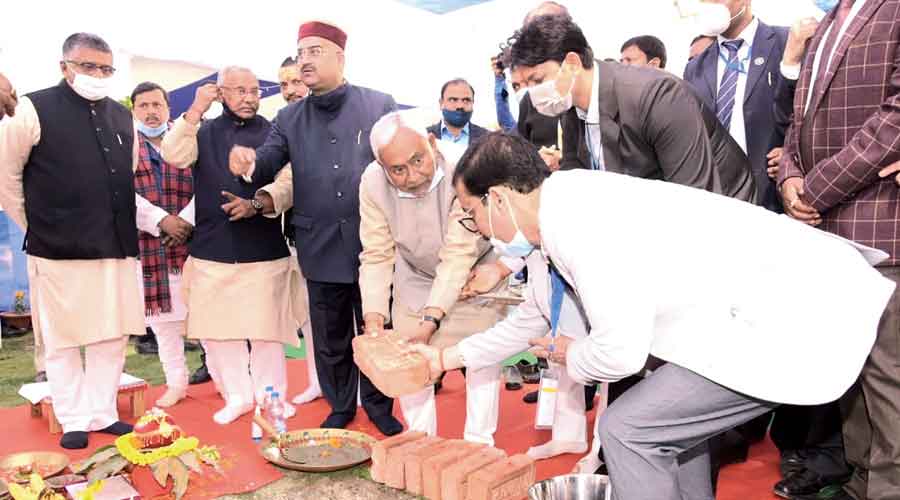 Bihar chief minister Nitish Kumar on Monday laid the foundation stone for a Rs 5,540-crore redevelopment of the Patna Medical College and Hospital (PMCH), which will turn it into the country’s biggest and world’s second largest hospital.

The PMCH is currently Bihar’s largest hospital with 1,750 beds, but after the redevelopment the capacity will increase to 5,462. The project is scheduled to be completed in three phases over seven years. However, Nitish has requested that the project be completed in five years, keeping in view the importance of the hospital for the state.

The Ahmedabad Civil Hospital with 2,800 beds is considered the biggest in India. The All India Institute of Medical Sciences (AIIMS), New Delhi, has 2,500 beds.

Nitish said that he had been planning to convert the PMCH into a world-class medical facility for the last 13 to 14 years, but the progress on this front had been very slow.

“Earlier, people from eastern Uttar Pradesh and Nepal used to come to PMCH for treatment. We want it to become even better than the important position it used to hold earlier. The project will be executed in three phases and we will ensure that the current medical operations are not hampered in any manner,” Nitish said.

“The work is starting after a delay of 13 to 14 years. The target for the contractors is seven years, but I request them to complete it in five years. This is a different kind of work and we should not delay it. I assure them that they will not face any problem, nor there will be any dearth of government support,” he added.

Nitish also said that the Bihar government has done a great job in tackling the coronavirus pandemic and the Covid-19 death rate was just 0.58 per cent.

Nitish also assured that the government would ensure that all resources, staff and money are made available to the PMCH to convert it into a world-class medical centre. The redeveloped hospital will have multiple approaches, residences and hostels for doctors, paramedics and other staff, helipad, dormitories and state-of-the-art facilities.

The PMCH traces its origin to the Temple Medical School, which was set up in to 1874 and continued for almost five decades. Later, it came to be known as the Prince of Wales Medical College, which was formally inaugurated in 1925. It got its present name post-Independence.

The PMCH has now become infamous for filth lying around, stray dogs, poor facilities, faulty gadgets, lack of hygiene inside the wards and emergency sections, middlemen moving around to lure patients to private hospitals, strikes by junior doctors and a disregard for better management practices.