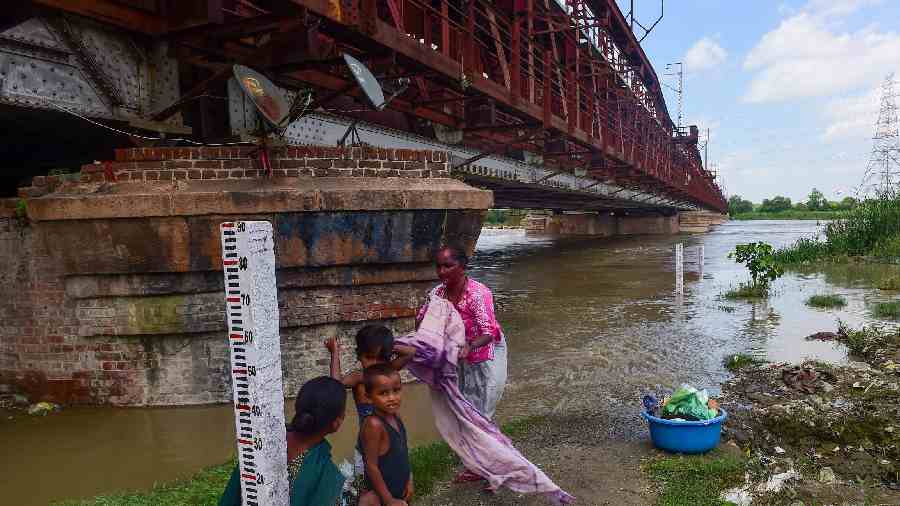 The riverbed has risen due to non-undertaking of the requisite desilting and dredging activities and there is high faecal coliform contamination in the river, the petition said.
File Picture
PTI   |   New Delhi   |   Published 05.12.22, 08:38 PM

The National Green Tribunal has formed a committee to obtain a factual report on the pollution of the Yamuna river in Agra.

The tribunal was hearing a petition claiming the Yamuna in Agra was "highly polluted" and that there was an absence of the required number of sewage treatment plants (STPs).

A bench comprising judicial member Justice Sudhir Agarwal and expert member A Senthil Vel said the matter required consideration as it involved a substantial question on the environment.

"However, before proceeding further, we find it appropriate to obtain a factual report for which we constitute a joint committee comprising principal secretaries, environment and urban development, Uttar Pradesh, Central Pollution Control Board, National Mission for Clean Ganga and State Pollution Control Board, who shall submit a factual report within three months," the bench said.

The report had to cover various aspects, including the quantity of sewage generation in Agra, its existing sewage treatment capacity, actually-utilised capacities of STPs and quantity of sewage being discharged through drains, the bench said.

"The report may also highlight the water quality of river Yamuna at different locations and the steps taken in terms of preventing discharges into the river," the green panel said.

It said the pollution control board in Uttar Pradesh would be the nodal agency for coordination and compliance.

The matter has been listed on March 1 for further proceedings.

According to the petition, a huge number of aquatic animals, including fish, died in the past few years while the river had turned into a nala (drain) near the Taj Mahal.

The riverbed has risen due to non-undertaking of the requisite desilting and dredging activities and there is high faecal coliform contamination in the river, the petition said.

"Sewage treatment plants installed at Agra are not sufficient to meet requirements and whatever is installed is not working at their prescribed capacity," it said.