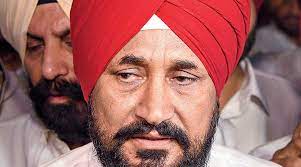 Expressing her disappointment and calling Mr Channi a threat to women, Rekha Sharma, in an interview with news agency ANI, said, "Today, he has been made Punjab Chief Minister by a party that is headed by a woman. It is betrayal. He is a threat to women's safety. An inquiry should be conducted against him. If he doesn't come clean, he is not worthy to be a chief minister. I urge Sonia Gandhi to remove him from the post."

"Allegations were levelled against him during the Me Too movement in 2018. The State Women Commission had taken a suo moto cognizance of the matter and the chairperson sat on a dharna demanding his removal but nothing happened," she further added.

Rekha Sharma wrote an open letter today stating: "One can only imagine what would be the state of women's safety in the state given the one at the helm of affairs is himself accused of threatening women/security. If an IAS officer has been denied justice in the state, how can the Congress party ensure that the common women of Punjab would be safe?"

"Despite being a woman herself, the Congress chief did not consider the Me Too allegations made against Mr Channi and appointed him the chief minister. The Punjab State Commission for Women, too, had taken cognisance of the incident. Yet the state government did not take any action against him. This is shameful and highly objectionable that such a person has been appointed as the Chief Minister of Punjab. We do not want another woman to go through the same experience and endure the same harassment that the IAS officer had faced. Mr Channi needs to be held accountable and should resign from the post," it further read.

Charanjit Singh Channi was sworn in as the Chief Minister of Punjab today. Governor Banwarilal Purohit administered the oath of office to Congress leaders Sukhjinder S Randhawa and OP Soni as ministers in the state cabinet.