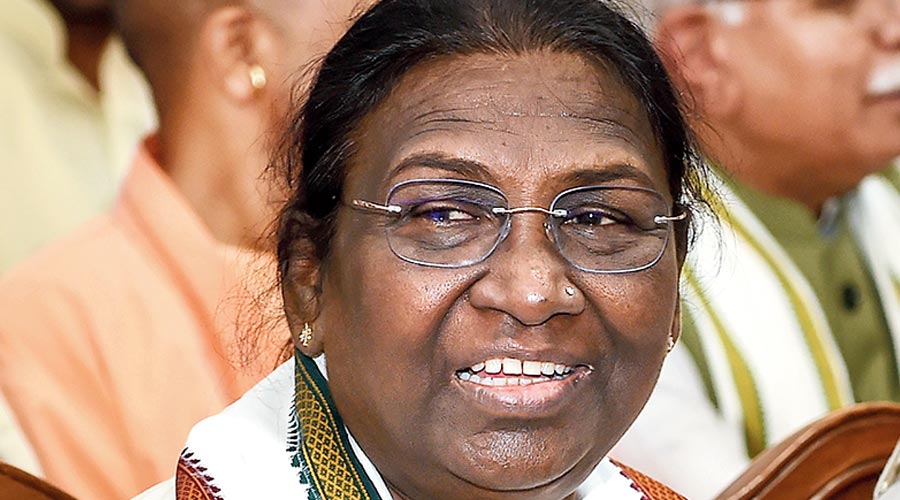 Odisha chief minister Naveen Patnaik has started his campaign for the NDA presidential candidate Droupadi Murmu ahead of her visit to the state on July 8.

Sources said during his meeting with Makarand, the chief minister projected Murmu as the daughter of the state and an eminent tribal leader who all should support in the interest of the state. In response to Naveen’s request, Makarand announced his support for Murmu’s candidature.

The BJD which has 114 MLAs, nine MPs in Rajya Sabha and 12 MPs in the Lok Sabha which comes to about. 2.9 per cent votes which would be a significant contribution for the NDA’s candidate as it faces a shortfall, especially because of BJP’s reduced margin of victory in the Uttar Pradesh Assembly polls.

Prime Minister Narendra Modi and Union home minister Amit Shah have been reaching out to friendly regional leaders, including Odisha chief minister Naveen Patnaik and Andhra Pradesh chief minister Y.S. Jagan Mohan Reddy to extend support to Murmu. These leaders have also backed the NDA on many other occasions.

Naveen’s BJD, which follows an avowed policy of maintaining equidistance from the Congress and the BJP, supported the NDA on crucial issues such as scrapping of Article 370 and Triple talaq Bill, because it thought these moves were in the interest of the country, BJD leaders have been maintaining that the party extends issue based support to NDA keeping the interests of Odisha and the country in mind.

On issues such as Odisha’s dispute with Chhattisgarh on Mahanadi water distribution and Andhra Pradesh on the Polavaram multi-purpose project it has openly opposed the Centre. The Mahanadi issue is now before a central tribunal.

Odisha’s Congress MLAs might find themselves caught in two minds over support to Murmu who not only happens to be a prominent tribal leader but also the daughter of the soil. It would be interesting to watch their moves as the election approaches.