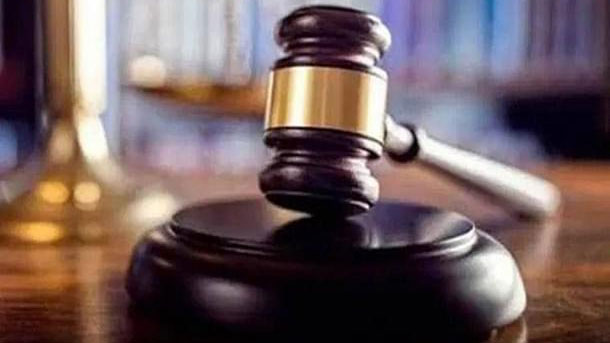 A National Investigation Agency court has granted bail to 17 accused in the 2017 lynching of a police officer by a mob on the premises of Srinagar’s Jama Masjid for lack of “direct” or “substantial” evidence against them, dealing a blow to the Jammu and Kashmir administration.

DySP Mohammad Ayub Pandith was allegedly stripped and lynched by a mob that was shouting pro-azadi slogans during Shab-e-Qadr, the holiest night in the Muslim calendar, triggering outrage across the country.

Additional sessions judge M.S. Manhas, designated as special judge under the NIA Act, in an 81-page order on Wednesday said “there is neither any direct nor any substantial evidence on record which could connect the accused/applicants with the alleged crime”.

The order said the grounds taken by the counsel for the accused, also booked under anti-terror law UAPA, “carries weight” in the absence of “ocular as well as substantial evidence on record”.

The bail, which is difficult to get in an NIA court, is an embarrassment for the administration as the case had helped the government build an anti-azadi narrative in the run-up to the 2019 scrapping of Jammu and Kashmir’s special status.

None could remember any other case of mob lynching in Kashmir.

Jammu and Kashmir police had constituted a special investigation team headed by the City North Srinagar superintendent to investigate the case. Around 20 people were arrested during the investigations. One of the accused, Sajad Gilkar, joined militancy later and was killed in a gunfight.

The NIA judge said the court was conscious of the fact that there were stringent conditions for bail under Section 497 (1) (ii) of the CrPC Act but those would apply if there were reasonable grounds to believe that the accused were guilty.

“But in the present case after perusing the material available on record, including the statement of the witnesses recorded during the course of trial, there are no reasonable grounds for believing that accused persons/applicants are guilty of an offence as alleged in the chargesheet,” the court said.

“For the foregoing reasons, I am of the opinion that the accused/applicants herein have sufficiently made out a case for admitting them on bail…,” Judge Manhas said.

Referring to witnesses on whose statements the “whole prosecution was based”, the court said they had not stated anything “incriminatory which could connect the accused with the commission of offences” and none of the witnesses had said “it was the accused persons who committed offences”.

The court ordered the 17 accused persons’ release on bail on the condition that they furnish a bond of Rs 2 lakh each with two sureties of the same amount, failing which they would remain in judicial custody.

The judge also imposed several conditions on the accused, including that they shall not induce the witnesses of the prosecution directly or indirectly and shall not leave the territorial jurisdiction of the court without permission.

The court made it clear that any observation made in the bail order shall not affect the merits of the main case.

The accused are facing trial under IPC Sections 302 (murder), 148 (rioting) and 149 (unlawful assembly), and sections of the Ranbir Panel Code and Section 13 of the anti-terror law UAPA. All the accused are from old city localities of Srinagar and have been languishing in different jails.

Soon after the incident, the police had claimed the mob that had attacked officer Pandith were raising slogans in favour of al Qaida-linked militant commander Zakir Musa, who wanted the establishment of a caliphate in Kashmir.

Pandith, dressed in civilian clothes, was from the police’s security wing, which is deputed for the security of VVIPs.

The police had claimed to have recovered an iron rod used to hit Pandith on the head and his pistol in damaged condition.

The police officer had fired at the mob in self-defence before he was lynched, injuring some alleged assailants.