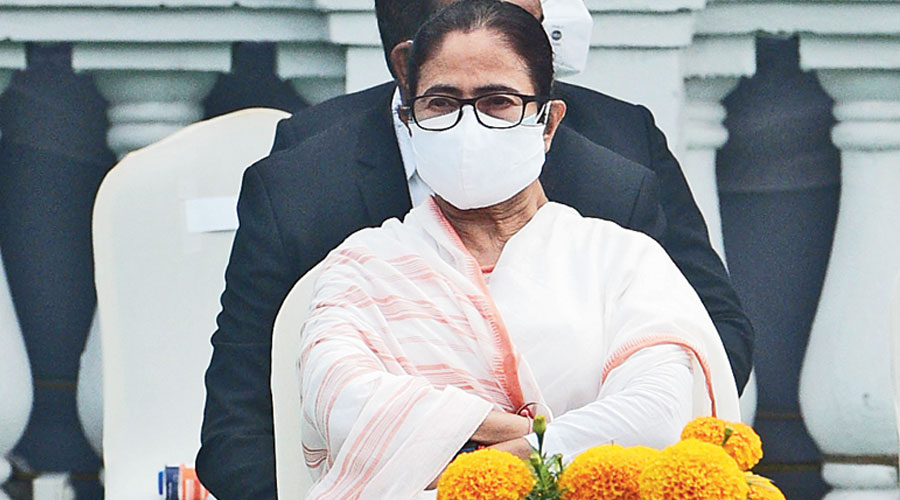 A Mumbai court on Wednesday summoned Bengal chief minister Mamata Banerjee to appear before it on March 2 for “offences” under Section 3 of the Prevention of Insults to National Honour Act, 1971 and Section 204 (B) of the Code of Criminal Procedure with regard to a case filed against her by a BJP functionary.

During her visit to Mumbai on December 1, 2021 for an event, Mamata sang the National Anthem while seated, then she stood up in the middle of the anthem and ended it abruptly, the complainant has alleged.

Section 3 of the 1971 Act states, whoever intentionally prevents the singing of the Indian National Anthem or causes disturbance to any assembly engaged in such singing shall be punished with imprisonment for a term which may extend to three years, or fine, or with both.

The order issued by the Metropolitan Magistrate 25th Court, Mazgaon, Sewri in Mumbai states: “It is prima facie evident from the complaint, verification statement of the complainant, video clip in the DVD and video clips on Youtube links that the accused had sung National Anthem and stopped abruptly and then left the dais which prima facie prove… there is no reason as such to postpone process against accused.”

The complaint was filed by Vivekanand Gupta, an advocate and functionary of the Mumbai BJP.

The event organised by screenplay writer-lyricist-poet Javed Akhtar and attended by actor Swara Bhasker among others was held at the Yashwantrao Chavan Pratishthan auditorium at Cuffe Parade in Mumbai, following which Gupta lodged a complaint with the Cuffe Parade police station.

The complainant had said the event was a private one as no government official was present with her on the dais. The court too has concurred with the complainant’s view.