Modi boasts of courage that made Pakistan cry 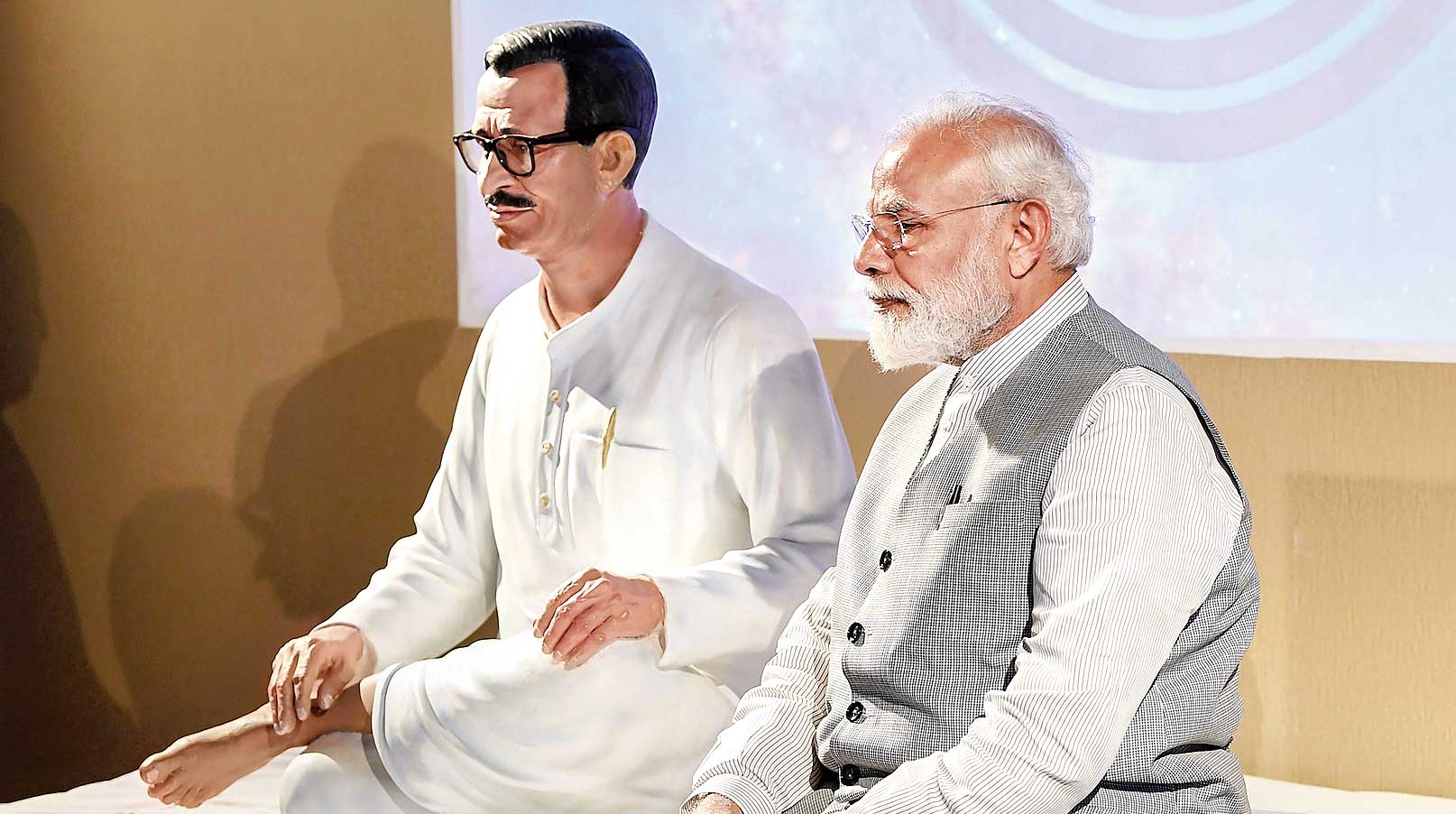 Prime Minister Narendra Modi on Saturday claimed that the UPA government had not allowed soldiers to avenge the 26/11 Mumbai terror attack and asserted that under his watch the country had for the “first time taught terrorists a lesson in a language they understand”.

Addressing a public meeting at Greater Noida, Modi said the “corrupt” were opposing and abusing him to get votes. The Prime Minister claimed that India now worked on “nayi reeti, nayi neeti (new methods, new policies)”.

The BJP leader said that after the Uri terror attack in 2016, the country for the first time taught terrorists a lesson “in a language they understand” by conducting surgical strikes across the LoC.

“Is it okay for you to have a government that does nothing? A chowkidar who sleeps?” Modi asked the gathering of thousands after inaugurating development projects.

He said the country could never forget the 26/11 terror attack and added that the government should have responded then and the whole world would have supported India.

“But that required courage. All evidence was against terrorist handlers in Pakistan that proved them guilty. But how did India respond? There are reports that our forces were ready to avenge the terror attack even then, but Delhi remained cold. The forces were not allowed to take any action,” Modi claimed.

After the February 14 Pulwama terror strike, Modi had asserted that the forces had been given a free hand in deciding the place and time of its response.

The Prime Minister claimed that Pakistan had been taken by surprise by the February 26 aerial strikes.

“They thought if India has once conducted a surgical strike, they will again do something similar. So they had deployed forces along the border, but we went by air this time,” Modi said.

Modi questioned the previous Congress-led government’s response to terror attacks. They did not change their policy, they only changed their home ministers, he said.

“Had the previous government shown some courage and taught terrorists a lesson in their own language, terrorism would not have emerged as the menace it is now,” Modi said.

He said that after the pre-dawn air strikes on February 26, India had been quietly monitoring the situation and it was Pakistan that started “crying” around 5am that “Modi has hit us”.

“They were thinking they can keep wounding India, wage attacks, proxy wars and India would not respond. The reason the enemies of India could think this was because of the attitude of the ‘remote-controlled’ government prior to 2014. That is why the enemies could nurture this attitude,” the Prime Minister said.

“After Uri, proof was sought. Our soldiers did something that had never happened before. Our soldiers struck terrorists inside their home. Terrorists and their guardians had not expected such action,” Modi said.

While addressing a public meeting in Ghaziabad on Friday, the Prime Minister had slammed his political rivals for questioning the air strikes and said the “trust of 130 crore people” was his proof to them.

Congress president Rahul Gandhi has in the past asserted that under the UPA's rule, three surgical strikes were conducted but the operations were kept secret on the request of the military.

Lieutenant General D.S. Hooda, who was was chief of the Army’s Northern Command when the 2016 surgical strike was launched under the Modi government, has said that it had been “overhyped” and also that it is not good when “military operations get politicised”.