Advertisement
Home / India / My daughter being targeted for my stand on 'loot' by Sonia, Rahul Gandhi: Smriti Iran

My daughter being targeted for my stand on 'loot' by Sonia, Rahul Gandhi: Smriti Iran 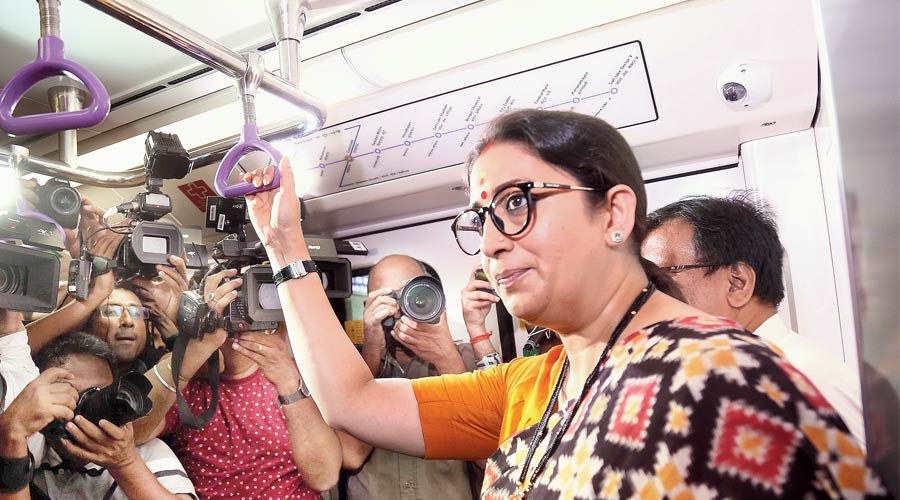 Union minister Smriti Irani Saturday rejected as malicious the Congress' allegation that her daughter ran an illegal bar in Goa, and said the college student was targeted because of her mother's vocal stand on the Sonia and Rahul Gandhi's "Rs 5,000-crore loot" in the National Herald case.

The Congress "assassinated" and "publicly mutilated" her daughter's character, Irani said in a hard-hitting press conference, and dared the Opposition party to show the proof of any wrongdoing.

The BJP leader dared Rahul Gandhi to fight from Amethi Lok Sabha seat again in 2024, and vowed that she will make him bite the dust again.

The Congress on Saturday demanded that Prime Minister Narendra Modi sack Irani as a minister, alleging that an "illegal bar" was being run in Goa by her daughter.

Noting that it is a "very serious issue", the Congress also shared a copy of the show cause notice given to the bar, and said the excise official who gave the notice is reportedly being transferred after pressure from authorities.