Withdrawal will give an opportunity to offer dynamic pricing: IndiGo 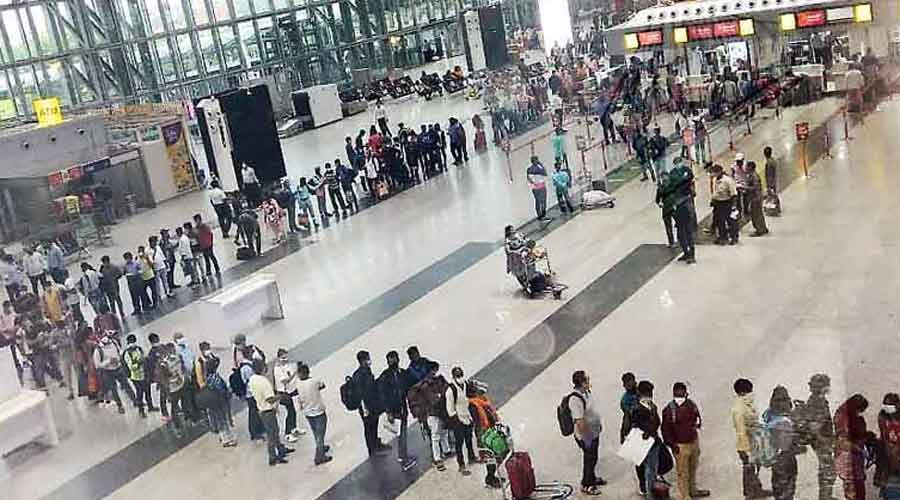 After the removal of airfare caps, there seems to be a mixed trend with lower ticket prices for routes having relatively lesser passenger loads, according to travel industry experts.

More than two years after being put in place amid the coronavirus pandemic, the fare caps were removed with effect from August 31. The move also came against the backdrop of gradual recovery in domestic air passenger traffic.

The average booking price has not changed much but there seems to be a mixed trend with certain sectors seeing drop in fares while some others witnessing a rise, as per the industry players.

The country's largest airline IndiGo said the removal of airfare caps will give an opportunity to offer dynamic pricing and that there has been a consistent increase in the number of passengers over the last 5-6 months.

The airline did not provide a specific answer on the airfare trends cap removal.

"And this is already being seen for sectors like Amritsar, Lucknow, Dehradun, Surat, Nagpur and Pune where a drop of 8-10 per cent is visible on fares compared to pre-cap removal.

"Airfares for September 1-15, 2022, to high-load/popular destinations from various hubs like Mumbai, Pune, Delhi, Bengaluru are understandably higher compared to pre-cap removal; an increase of 20-25 per cent for Andaman, 15-20 per cent for Goa, 5 per cent for Kerala and Himachal, 10-15 per cent for Kashmir," Rastogi said.

Karthick Prabu, Head of Strategy at Cleartrip said it is too early to arrive at a trend due to removal of airfare caps.

A comparison of the first 15 days of August and September indicates that September has seen 23 per cent higher bookings than August, he noted.

"Number of segments that customers booked also has increased by 21 per cent. Interestingly, the average booking price has not changed much. But, there are sectors where prices have dropped and there are expensive fares too. Some softening in airfares for pre-Oct travel has been observed. The fares for the festive period, esp Dussehra, Diwali, etc are continuing at elevated levels," he said.

On August 10, Civil Aviation Minister Jyotiraditya Scindia said the decision to remove the airfare cap has been taken after careful analysis of daily demand and prices of Aviation Turbine Fuel (ATF). The cap was removed with effect from August 31.

The removal of farecap has created affordability for peak season travel in December, according to Rastogi, with an increase of merely 20-40 per cent for leisure routes.

The business routes are, however, seeing an increase of 18-30 per cent despite capacity constraints and increased ATF pricing, he said.

The IndiGo spokesperson said it has seen a consistent increase in the number of travellers over the last 5-6 months.

"We have noticed a sharp increase in passengers preferring air travel within the country. Removal of airfare capping will give an opportunity to offer dynamic pricing to our passengers. As a leading airline, we would be able to offer the best fare structure to our customers," the spokesperson added.

In August, domestic airlines carried 1.01 crore passengers, which was a growth of more than 4 per cent compared to 97.05 lakh passengers flown in July.

"Passengers carried by domestic airlines during January-August 2022 were 770.70 lakh as against 460.45 lakh during the corresponding period of previous year thereby registering annual growth of 67.38 per cent and monthly growth of 50.96 per cent," aviation regulator DGCA said on Friday.

Jyoti Mayal, President of the Travel Agents Association of India (TAAI), said the decision to remove the fare caps was taken at an opportune time when the festive season is about to begin, which would result in good days for travellers.

"Airfares were on the rise due to the substantial increase in the ATF since the beginning of the year. However, with the decline in the price, fares are in control now and decrease further owing to the tough competition amongst the flight operators," she added.