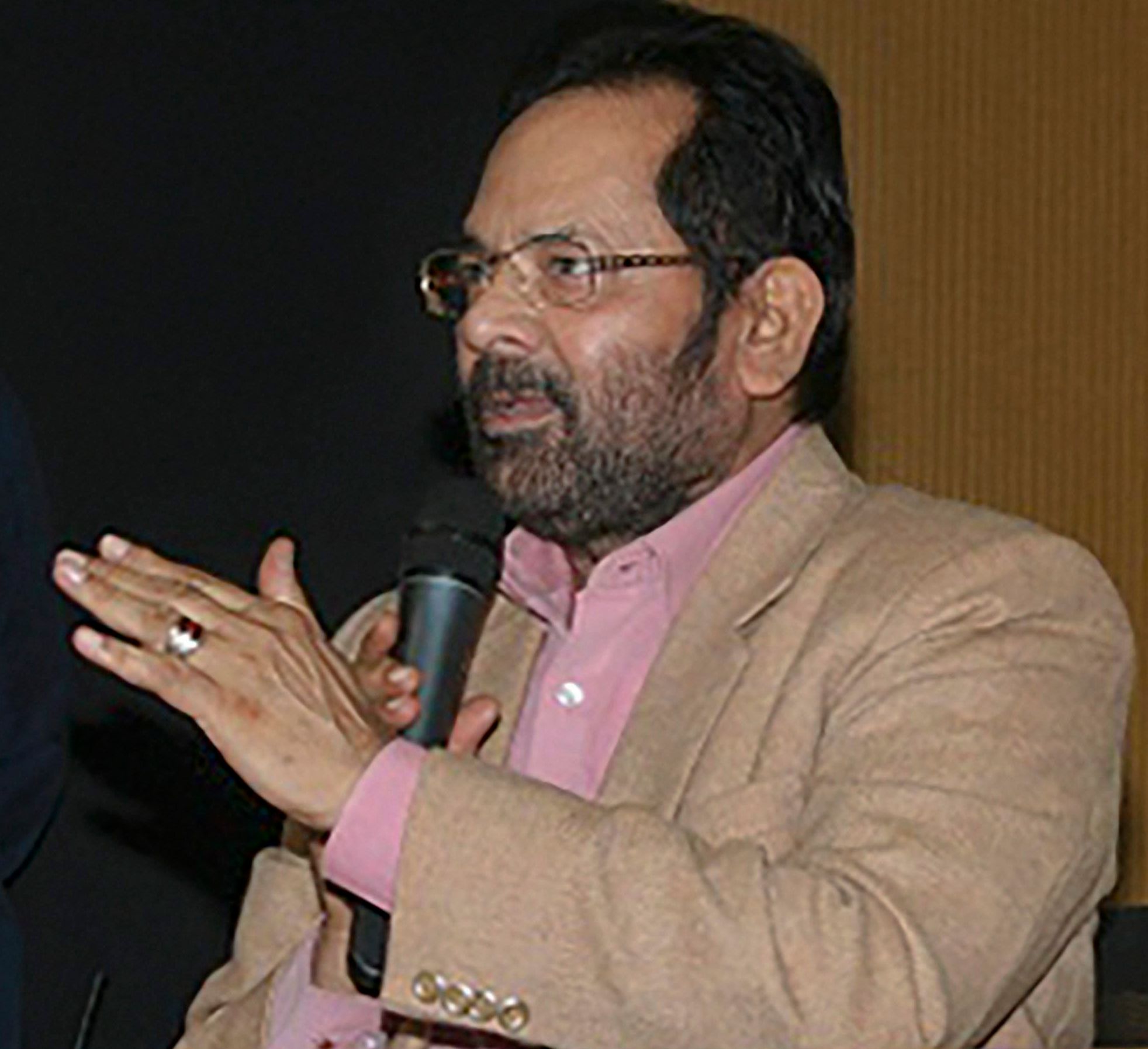 A Minority Affairs Ministry team will visit the Kashmir Valley for two days from Tuesday to identify the areas to implement centrally-sponsored development projects after provisions of Article 370 were abrogated, Union minister Mukhtar Abbas Naqvi has said.

He also asserted that those opposing the government's withdrawal of J&K's special status, acting as per their 'political prejudice', will also come around to support the move after seeing its impact.

'A team of senior officials, including the secretary, will be visiting the area (Kashmir Valley) on August 27-28. The team will explore development possibilities -- where schools, colleges, skill development centres can be opened,' Naqvi told PTI in an interview.

The team will look at all possibilities of social-economic development projects, he said.

The minister also said 'precautions' taken in J&K are targeted at a 'handful of separatists' who can mislead the people. 'It is the job of a responsible government to not allow any misinformation campaign to be run,' he said.

Naqvi said the team will also visit Jammu and Ladakh at a later date.

The Minority Affairs minister ruled out reconsideration on abrogation of Article 370 provisions, saying there was no going back.

'It is (Narendra) Modi's government. Everybody knows that in this government, decision is made after a lot of thinking, but there is no question of a rethink after a decision has been made,' he said.

Asked if people of the Kashmir Valley were supportive of the government move, Naqvi claimed that they were 'absolutely supportive'.

Earlier this month, the government had revoked J&K's special status under Article 370 of the Constitution and divided the state into two union territories -- Jammu and Kashmir, and Ladakh.

The focus of the ministry is now on Jammu and Kashmir, and Ladakh, Naqvi said, and emphasised that the revocation of provisions of Article 370 has opened up possibilities of large scale development there.

Naqvi also said the Pradhan Mantri Jan Vikas Karyakram (PMJVK) will also be applicable in all areas of J&K and Ladakh.

The PMJVK is a centrally-sponsored scheme that seeks to improve the development of minority concentration areas through creation of socioeconomic infrastructure, provision of basic amenities, and other measures.

'Now the ministry will be active in the entire region -- Leh, Ladakh, Kargil, Jammu and Kashmir. We will make efforts to set up schools colleges, polytechnic, engineering colleges and hospitals,' Naqvi said.

'Because of Article 370, there were many things which we wanted to do, but could not do it. Now it can be done,' he said.

Asked about the reaction to the government move, Naqvi said 'some opposition friends' had hopes that the country will be 'set ablaze' with Article 370 move, but the opposite happened, and the move was welcomed.

'It was welcomed in Jammu, Kashmir, and Ladakh. Article 370 has not given anything to the people there, but has taken away from J-K and Ladakh. Over 100 laws on education, employment, human rights, minority or child rights, were not applicable there. So, the people realised that Article 370 was a big impediment in their path to development,' he said.

The minister also noted that it was the first time since independence that about 12,000 people from J&K went for Haj this year.

On the Congress leaders expressing divergent views -- with some expressing support for the government's move, while others opposing it -- Naqvi said those who know Kashmir, its ground reality and do not think with a politically prejudiced mind, are favouring the move.

'Those who have political baggage and political prejudice are opposing it. But in future they will also support it on seeing the impact,' he said.

With a large number of minority community population comprising mostly of Muslims, Buddhists and Sikhs in J&K and Ladakh, the Minority Affairs Ministry's role assumes significance there.