Militants shoot at non-local in Kashmir 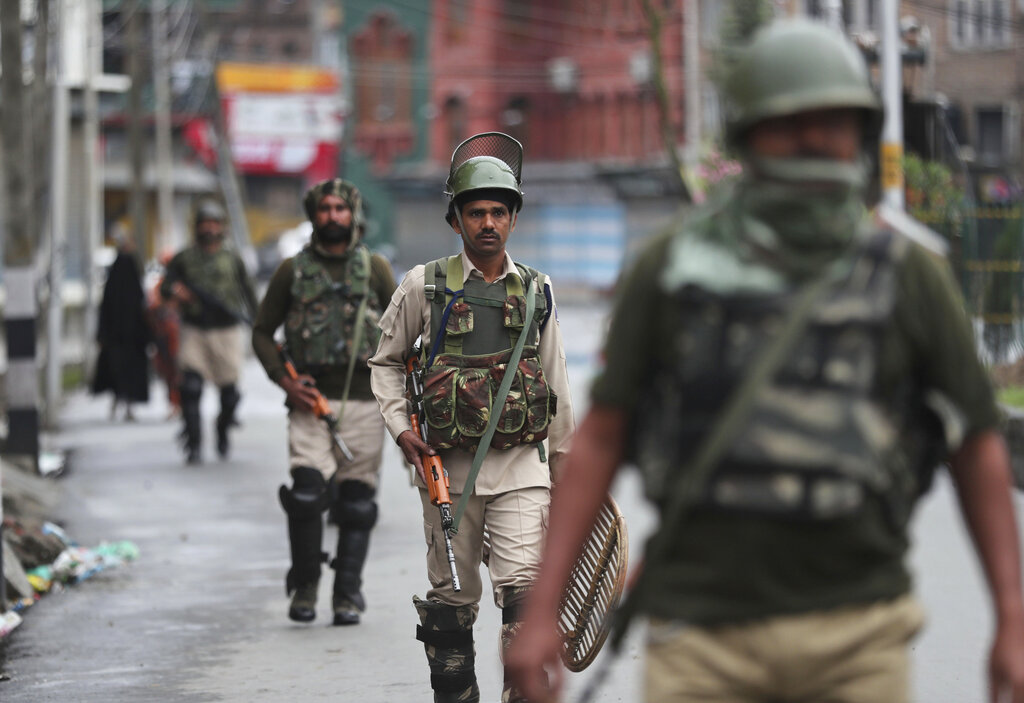 “They shot him in the leg. A woman intervened and pleaded with the militants to spare his life. She came between him and the militants, who fired again. The bullet hit him in his shoulder,” the officer said.
AP
Muzaffar Raina   |   Srinagar   |   Published 05.09.19, 09:27 PM

Suspected militants shot at and injured a migrant labourer in north Kashmir’s Sopore town on Wednesday evening, but a woman stood in between him and the insurgents and saved his life.

The attack on Safi Alam, a mason, was the first time militants had targeted an outsider in the Valley since the state’s special status was revoked on August 5.

Administrative sources said Alam had suffered bullet injuries in his leg and shoulders. He was being treated at a hospital in Srinagar.

Sources said the militants barged into the house of a local resident at the Ahad Bab crossing in Sopore with the intention of killing the mason, who was working there.

“They shot him in the leg. A woman intervened and pleaded with the militants to spare his life. She came between him and the militants, who fired again. The bullet hit him in his shoulder,” the officer said.

“They would have killed him but the woman saved his life. She was not harmed and the militants left soon after.”

The officer said the attack had created panic among labourers in the area. “The information blockade has prevented news from spreading far and wide. Some non-local labourers at the Sopore fruit market panicked,” he said.

Tens of thousands of non-locals including tourists, Amarnath pilgrims and labourers fled Kashmir last month in the wake of tensions in the Valley over the cancellation of the state’s special status.

The Jammu and Kashmir administration had in the run-up to the August 5 announcement on Article 370 issued an advisory asking pilgrims and tourists to leave the state. The administration later facilitated the departure of thousands of migrant labourers. Hundreds, however, stayed back.

Many non-locals were asked by pro-azadi protesters to leave the Valley but there are no reports that any of them was harmed.

The attack on Alam came a day after a local teenager, Asrar Ahmad Khan, who suffered pellet injuries last month, succumbed to his wounds. Khan is the first confirmed casualty of action by the security forces in the aftermath of the scrapping of the state’s special status. The police and the army have claimed that Khan was killed by stone-throwers.

There have been reports of two more deaths in alleged action by the security forces, but officials have denied the claims.

Officials said on Thursday that all landlines had been restored in the Kashmir Valley. Mobile and Internet services continue to remain suspended.