noted how the founding fathers of the country, including Mahatma Gandhi and Dr B.R. Ambedkar, had stood for sustainable development 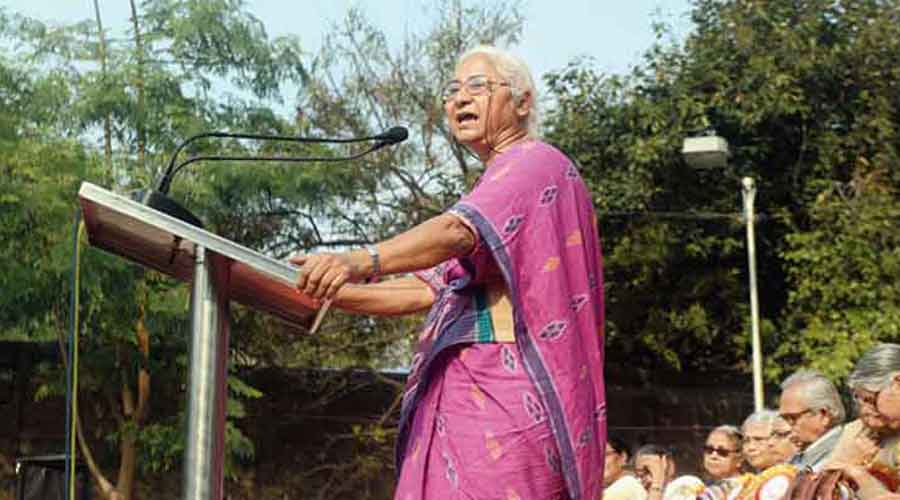 As Opposition parties held protests across the state, National Alliance of People’s Movements leader Patkar reminded the Left Democratic Front government that its members had been actively involved in the farmers’ agitation under the aegis of the Samyukta Kisan Morcha and had opposed Prime Minister Narendra Modi’s controversial bullet train project connecting Mumbai with Ahmedabad.

“If they have opposed the bullet train in Maharashtra, they must oppose K-Rail in Kerala as well,” Patkar said, referring to Left leaders expressing concern at the high-cost of the Mumbai-Ahmedabad rail project.

Inaugurating a protest at Kerala capital Thiruvananthapuram, Patkar drew the government’s attention to the environmental and social impacts of the project whose scientific and financial viability has come under severe criticism from the Opposition and green activists.

The K-Rail Silver Line is a 529km railway line that connects Thiruvananthapuram in the south to Kasaragod in the north. It aims to cut travel time from the current 12 hours to under four hours with just 11 stops, including the two terminuses.

Patkar noted how the founding fathers of the country, including Mahatma Gandhi and Dr B.R. Ambedkar, had stood for sustainable development. “What is happening here (in the K-Rail project) is exactly the opposite. This is a game of money and market. These elitist projects would benefit only a handful of elites and there won’t be a thousand passengers (on each trip),” she said.

Patkar accused the state government of dishing out false statistics to justify the project. “There is no proper scientific study or even consent of the people…. Such projects cannot be taken up based on cash compensation, because what matters is continuity of life in a community and not cash,” she said, referring to the government’s assurances on compensating land losers.

While the government has offered thrice the fair value for properties to be acquired for the project, protesters have been arguing their homes are more important than money.

Patkar raised the larger question of sourcing raw materials like granite for the rail project and noted that much of the route needs to be reinforced with underground support for the tracks.

“Two million tonnes each of iron and cement were put under the Narmada dam…. We know that the Vizhinjam port of Adani (in Thiruvananthapuram) is facing shortage of raw materials like granite stones. Where will the stones be sourced from for the K-Rail?” she asked.

Opposition parties continued with their protests in the state, as chief minister Pinarayi Vijayan met Prime Minister Modi in Delhi to seek his nod for the project that the BJP has been campaigning against.

Youth Congress workers clashed with police outside the collectorate in Kozhikode in north Kerala. The police laid barricades and used water cannons to stop the protesters from entering the collectorate compound.

Residents of several areas in the state were joined by political party workers in preventing revenue officials from planting boundary marker stones for the project. A large number of local people and Congress workers stopped officials from laying the stone markers for the third successive day in Nattassery, Kottayam, on Thursday.