"It’s a matter of excitement for the whole country," said Vikram Singh Saini 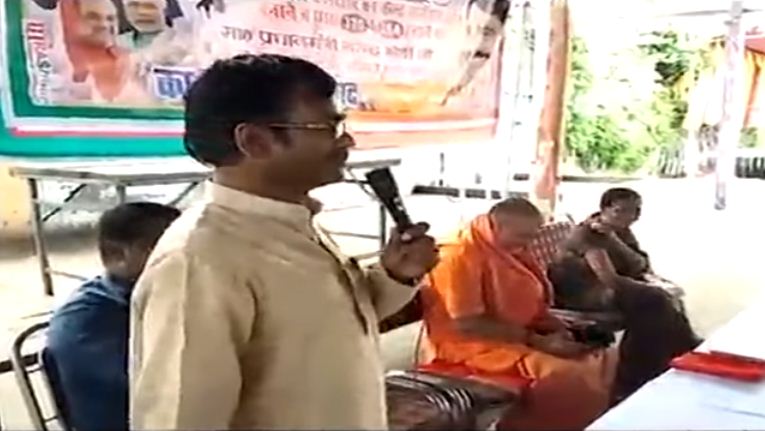 A BJP lawmaker has urged the youth of Uttar Pradesh to “marry the fair girls of Kashmir” and expressed a desire to settle down in Kashmir where “everything is so beautiful”, comments he later repeated before reporters.

Vikram Singh Saini, MLA from Khatauli in Muzaffarnagar, made the remarks at a meeting of party workers on Monday, hours after the Centre scrapped Jammu and Kashmir’s special status and the ban on outsiders buying land in the state.

A purported video of Saini’s speech has been widely circulated on social media.

Warming to the subject, he alludes to the abrogation of the system of Kashmiris holding dual citizenship of the state and the country.

“Earlier, women used to be victimised there. If a girl from there married a boy from Uttar Pradesh, she would lose her citizenship (of Kashmir),” the man says.

“And the Muslim workers here too should celebrate. Shadi wahan karo na Kashmiri gori ladki se (Why don’t you marry the fair girls of Kashmir)? Hindu or Muslim, you should celebrate. It’s a matter of excitement for the whole country.”

Asked by local reporters on Tuesday about his speech, Saini repeated his remarks and said: “Whatever I said is true. Now we can marry Kashmiri girls.”

The MLA said Monday’s meeting had been convened to inform the party workers about the abrogation of Kashmir’s special status and Kashmiris’ special rights and privileges over land and government jobs and scholarships.

In January this year, Saini had been quoted as telling a meeting of his supporters in Muzaffarnagar that he would “bomb” those who claim to be unsafe in the country.

“Give me a central ministry and see how I bomb all those who have been parroting that they are not safe under the present government,” he had said.