The chief minister assured Kusumani Khilla, who has defied the threat of Maoists to teach the children, to solve the problems of the people in the 'cut-off' region 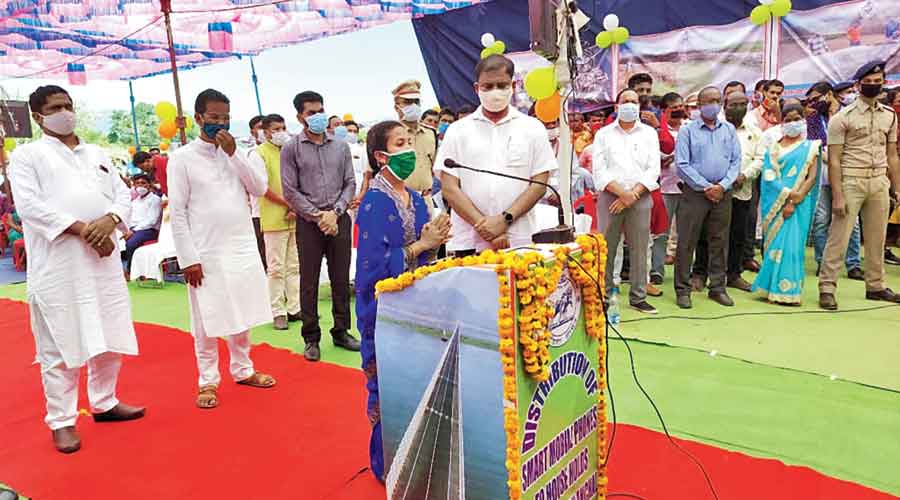 Kusumani Khilla, a graduate student from Odisha’s Malkangiri district who has defied the threat of Maoists to teach the children of her area, on Tuesday spoke with chief minister Naveen Patnaik, who assured to solve the problems of the people in the “cut-off” region.

Kusumani is called the Malala Yousafzai of Swabhiman Anchal, after the Pakistan teenager who was shot by the Taliban for speaking out in support of education for women.

Swabhiman Anchal, around 570km from here, was earlier called the “cut-off” area after its connection with the mainland snapped following the construction of the Machkund reservoir in the 1960s and it became a Maoist-dominated area. But things changed in 2018 following the inauguration of the 910-metres-long Gurupriya bridge by Naveen. The bridge connected a population of around 32,000 residing in nine gram panchayats of the area with the mainland by road for the first time after nearly five decades. Earlier boats were the only means of communication for the people of this area.

The area, which was rechristened as Swabhiman Anchal following the inauguration of the Gurupriya bridge, had made international headlines when the then Malkangiri collector R. Vineel Krishna was kidnapped by the Maoists in 2011. He was released after weeklong negotiations.

Kusumani was able to talk to chief minister through videoconferencing as the area now has mobile connectivity after four mobile towers were set up. The construction of the towers was completed with jawans of the BSF and state police maintaining round the clock vigil. 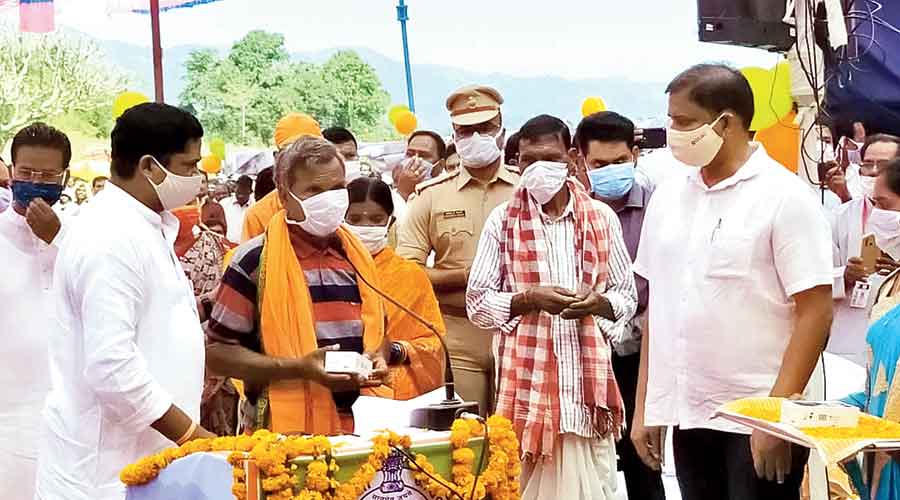 Launching a mobile phone distribution programme, the chief minister said, “State government will provide smart mobile phones to all the families living in the area. Another three towers with 4G facility will be set up.”

Project director of District Rural Development Agency, Balmukunda Bhuyan, told The Telegraph, “Kusumani, a plus-three student, acts as a motivator. She has been motivating even Maoist supporters to shun violence and join the mainstream. Since she works in the field of health and education, even Maoists are wary of targeting her as any harm to her will generate public resentment.”

“Because of her efforts to create social awareness during the coronavirus pandemic, not a single covid-19 death has been reported from the area though positive cases were detected. For us Kusumani is our Malala,” he added.

Following the announcement by the chief minister, the Malkangiri district administration distributed smartphones to 6,900 households in Swabhiman Anchal. Naveen also announced that the Rs 100 crore special package that he had announced for Swabhiman Anchal earlier would be enhanced to Rs 215 crore. “These areas are known for their high quality turmeric. Steps will be taken for the processing and branding of the turmeric produced in the Swabhiman Anchal,” Naveen said.

He also announced that Rs 100 crore would be spent for making concrete roads and seven bridges in the area.

The face of Swabhiman Anchal is now changing with development taking place in the area for the first time in five decades, thanks to the Gurupriya bridge which has made communication easy. While government officials now have easy access to villages in this belt, security forces have stepped up their operations against the Maoists who earlier ruled the roost.

Currently the area has six BSF camps while hundreds of police personnel are also deployed.

“Our two-pronged strategy of using force against the Maoists in a tactical way while launching a developmental drive in the area is paying dividends,” said a senior official.