It appears to have been caused due to a short circuit: Police 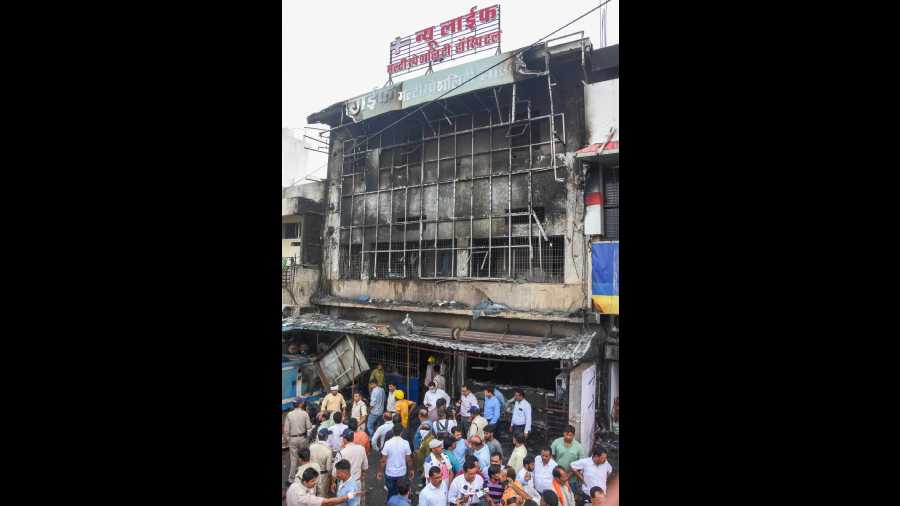 Eight people, including four patients, were charred to death and five others injured in a major fire that broke out at a private hospital here on Monday afternoon, officials said.

Jabalpur Collector Dr Ilayaraja T said four patients, a caregiver and three staffers of the facility, housed in a ground plus three-storey building, died in the fire which has been put out.

Of the five injured, he said, two were in critical condition and admitted to the ICU of the government medical college in Jabalpur.

He said evacuation of patients and other people from the 30-bed hospital was over and no one was trapped in the building.

The Collector said there were 20 to 25 people in the hospital when the blaze started.

Prima facie it appears an electrical short circuit caused the blaze, he said.

Madhya Pradesh Chief Minister Shivraj Singh Chouhan expressed grief over the tragedy and announced a compensation of Rs 5 lakh each to the family of the deceased and Rs 50,000 per injured person

Mumbai: One dead in Andheri fire