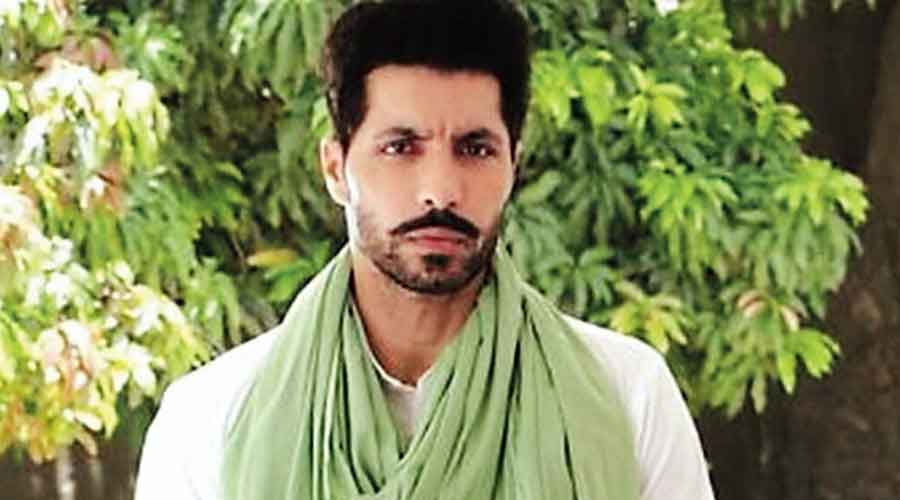 The Khalistani sympathiser and former BJP campaigner is accused of inciting farmers to deviate from the assigned tractor rally routes and storm the Red Fort
File picture
Our Special Correspondent   |   New Delhi   |   Published 29.01.21, 03:10 AM

Police sources on Thursday said that Deep Sidhu, accused of inciting Tuesday’s violence during the farmers’ tractor rally and dubbed a “government agent” by farmer leaders, is “missing”.

They said the police had issued lookout circulars against 44 people, including 30 farmers and agitation leaders, who have been named in 25 FIRs registered in connection with Tuesday’s violence. These circulars mean they cannot leave the country. The farmer leaders named in the FIRs will be asked to surrender their passports.

It’s not clear whether there’s a lookout notice against Sidhu, a Punjabi actor turned activist, about whom an officer said: “His whereabouts are not known.”

The Khalistani sympathiser and former BJP campaigner is accused of inciting farmers to deviate from the assigned tractor rally routes and storm the Red Fort on Tuesday. He had done a Facebook Live webcast as the Sikh pennant Nishan Sahib was hoisted at the Red Fort.

Late on Wednesday night, Sidhu was named in an FIR on the violence. Officers were, however, tight-lipped on whether he had been named as an accused or a suspect.

Farmer leaders believe Sidhu was “planted” by the government to sabotage and defame the protest against the new farm laws.

Sidhu had campaigned for Bollywood actor and BJP candidate Sunny Deol during the 2019 general election but they publicly distanced from each other after Sidhu jumped onto the farmer protest bandwagon in September last year.

Photographs of Sidhu with Deol, Prime Minister Narendra Modi and current home minister Amit Shah began circulating on social media after Tuesday’s violence, but they appear to have been taken during the 2019 general election campaign.

The decision to issue the lookout circular was taken on the instructions of Shah, whose ministry is in charge of law and order in Delhi, sources said. Shah has been under fire for the intelligence failure and lack of planning that allowed the situation to get out of hand on Tuesday.

“The home minister has asked the police brass to take stringent action against the accused farmer leaders,” an IPS officer said.

The farmers say thDeep e police engineered the chaos, misdirecting and misleading the farmers into veering off the designated routes and approaching the Red Fort and other unscheduled spots.

Shah, who has so far been silent on Tuesday’s incidents, visited two hospitals on Thursday to enquire about the injured policemen admitted after the violence.