Marathas should get reservation, but without disturbing other communities, says Maharashtra Deputy CM 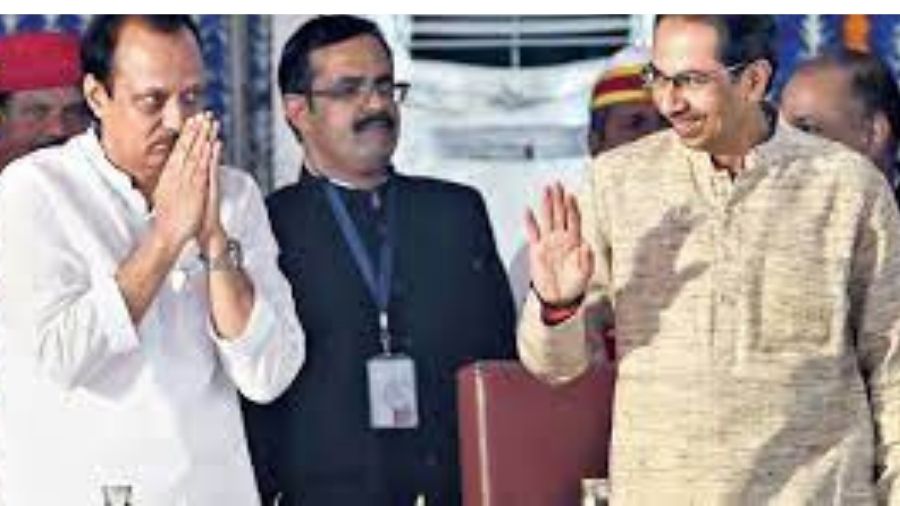 Maharashtra Deputy Chief Minister Ajit Pawar on Saturday said there is a need to remove the Supreme Court-mandated 50 per cent cap on quota so that the Maratha community can be granted reservation, and urged the central government to make changes in law to facilitate it.

The Maratha community should get reservation, but it should be done without disturbing the existing quota of other communities, the senior NCP leader said.

He was speaking at the Shivneri fort in Junnar tehsil of Pune district on the occasion of the birth anniversary of Chhatrapati Shivaji Maharaj. The Maratha warrior king was born on this fort in 1630.

Addressing a gathering on the occasion, Pawar said, "We all are on the same page for the reservation to the Maratha community. We (state government) had also formed a commission for that purpose. The Bombay High Court had given a favourable decision, but it was rejected by the Supreme Court."

"Just as there is a demand for the Maratha reservation in Maharashtra, other communities are seeking quota for themselves in some other states. The Maratha community should get reservation, but it should be done without disturbing the quota of other communities. There is a need to remove the 50 per cent ceiling on reservation and the central government should make changes in the law to facilitate it," he said.

In May last year, the Supreme Court had struck down the Maharashtra law granting quota to Marathas in admissions and government jobs, terming it as "unconstitutional", and held there were no exceptional circumstances to breach the 50 per cent reservation cap set by the 1992 Mandal verdict.

Talking about the Alphonso mangoes grown in Junnar region, Pawar said, "Rs 27 lakh have been allotted by the district planning committee (DPC) so that this variety of mango, which is cultivated in and around Shivneri, gets the geographical indication (GI) tag, a long-pending demand of the local people."

Pawar arrived at the Shivneri fort in the morning and paid floral tributes to Shivaji Maharaj and his mother Jijabai. He also attended several programmes held to celebrate the birth anniversary of the 17th century king, including the 'cradle ceremony' and 'palanquin ceremony'.

In view of the coronavirus pandemic, the state government allowed only 500 people to attend the events on the fort, while only 200 people were allowed to take part in the 'Shiv Jyoti Run'.

Pawar said, "Due to COVID-19 restrictions, many people couldn't attend today's ceremony. But soon when the country will be free from the pandemic, there will be a great celebration. For restoration work at Shivneri, forest, archeological and other departments are working together. Many works are also planned at the area where Rajyabhishek took place at Raigad."