CID, Guwahati crime branch has revealed that around 50 candidates were 'coached' about various aspects of the test on the eve of the exam at a city lodge 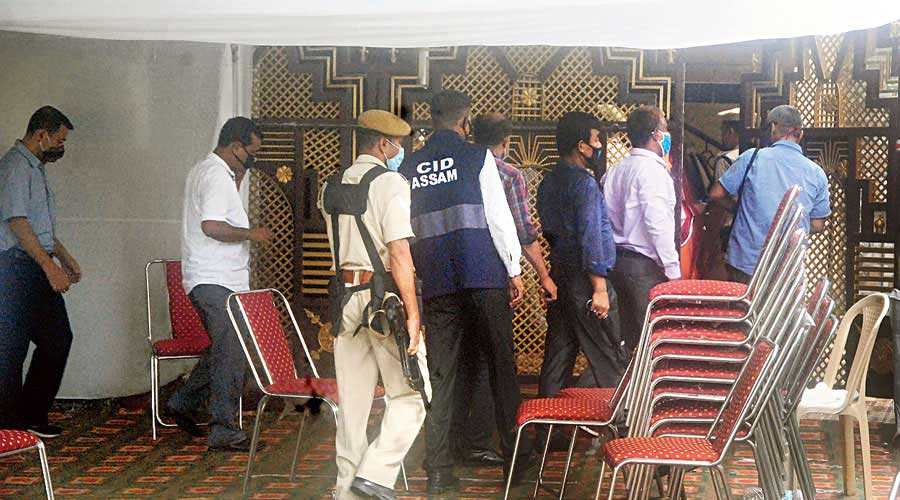 Assam police have arrested 19 people till Monday in connection with the question paper leak case that led to the cancellation of the recruitment test for posts of 597 sub-inspectors on September 20.

The leak of the question paper on WhatsApp just 12 minutes before the exam led to the cancellation of the statewide recruitment test, affecting over 66,000 candidates.

Police have issued a lookout circular for former deputy inspector-general P.K. Dutta, suspected to be a key player in the case along with BJP youth leader Diban Deka, who are both at large.

Deka is now holed up outside the state, according to a Facebook post, because he feared for his life since several influential people, including police officials, were involved in the paper leak case

The investigation being carried out by the CID and Guwahati police’s crime branch has revealed that around 50 candidates were “coached” about various aspects of the test on the eve of the exam at a city lodge.

A police statement on Monday evening said items recovered from a Guwahati hotel point towards the “involvement” of Dutta and his associates in “running” an office and conducting training, said to be a pretext for approaching candidates and demanding money for illegal appointment as sub-inspectors in Assam police.

Apart from the lookout circular to ensure that Dutta cannot leave the country, the police brass have also decided to announce a cash award of Rs 1 lakh for any information regarding his whereabouts and register a case of disproportionate assets against the former cop.

The Enforcement Directorate, income tax department and Directorate of Revenue Intelligence are likely to be involved in the probe at some stage since Dutta is said to own or is linked to four hotels in Guwahati besides residential premises here and in Mumbai and over 1,400-bighas plot in Cachar district and an upcoming residential complex in Dibrugarh. Raids at his residence have led to the recovery of over 1.5kg gold and a pistol, whose licence has expired.

Chief minister Sarbananda Sonowal has asserted nobody will be spared, irrespective of party affiliation or status, referring to his government’s zero-tolerance attitude against corruption.

On Sunday, Pradeep Kumar, chairman of the State Level Police Recruitment Board (SLPRB) that conducted the examination, resigned owning moral responsibility for the question paper leak. The cancelled exam will now be held on November 15, according to Sonowal. A statement from the chief minister’s office said the board has been reconstituted with the DGP as the new chairman, ADGP Harmeet Singh as member secretary and ADGP L.R. Bishnoi and IGP Hiren Nath as members. Sonowal also directed the board to complete the written examination within November 20.

The case has given the Opposition Congress an issue to attack the ruling BJP-led government with Congress legislature party leader Debabrata Saikia on Monday saying the chief minister has “disheartened” the people of Assam, especially the youths, by his lame statements and insipid role in connection with the police recruitment scam.

“The need of the hour is to institute an enquiry by a sitting judge of Hon’ble Gauhati High Court to get to the bottom of the matter, but one gets the impression that Mr Sonowal, who is charge of the home department, is influencing the police into diverting the investigation into a maze,” Saikia alleged.

Saikia said that each and every recruitment test conducted by various departments during the tenure of the present government has been marred by severe irregularities and several deprived candidates have been forced to knock on the doors of the high court.

“It has been already revealed that some police officials and BJP leaders were offering jobs to numerous candidates in lieu of cash. There may be another aspect to this issue, namely, that some jobs were earmarked for sale to anyone willing to pay hard cash while the remaining jobs were reserved for candidates who believe in a certain ideology,” Saikia alleged.