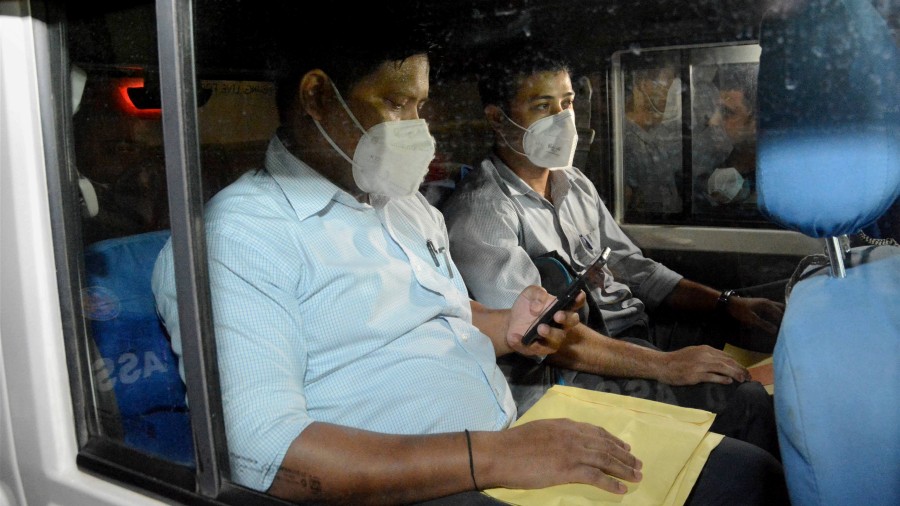 Chairman of the State-Level Police Recruitment Board (SLPRB) Pradeep Kumar resigned from his post on Sunday owning moral responsibility for the leak of the question paper that led to the cancellation of the September 20 recruitment exam for 597 posts of police sub-inspectors.

The SLPRB conducted the cancelled examination, which will now be held next month. Kumar is the first high profile casualty of the case.

The number of arrested has gone up to 17 from 12 on Saturday, including four candidates who appeared in the mock test held at a city lodge a day before the examination. Another person was arrested from Tinsukia district. However, former DIG PK Dutta and BJP youth leader Diban Deka, allegedly the key suspects in the case, remain at large.

Sunday also saw the Opposition Congress step up the ante, dragging the name of sitting BJP MLA Bimal Borah in the paper leak-cum-recruitment racket, asking chief minister Sarbananda Sonowal what action would be taken against the legislator who is said to be close to him.

Sonowal, however, has asserted in the public that nobody will be spared, irrespective of his party affiliation or status.

Though Kumar could not be contacted, he had told the media that he had taken Diban Deka and Gautam Mech, who had informed him about the paper leak, to the CID office to register the FIR.