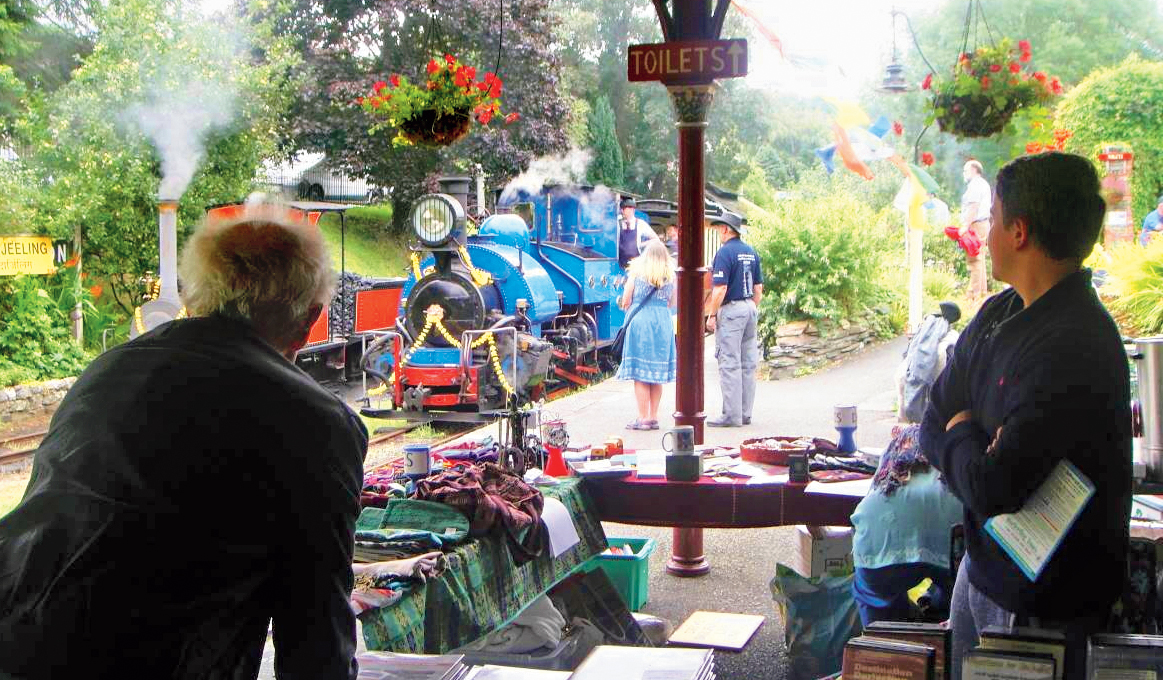 Darjeeling Himalayan Railway (DHR) enthusiasts in the UK celebrated the introduction of steam loco 19, a B-class DHR loco, at the Launceston Steam Railway in Cornwall on August 15.

The loco that was built in 1889 by Sharp, Stewart & Co in Glasgow is the only DHR steam engine that is away from India. It was withdrawn from the DHR’s service in 1960 and was purchased by a resident of Illinois in the US.

Later, the loco found a place at a museum in the US, and in 2002, Adrian Shooter, a railway enthusiast and the president of the UK-based Darjeeling Himalayan Railway Society (DHRS), bought it.

The loco was brought to the UK and after an overhaul, Shooter took it to his place at Steeple Aston at Oxfordshire.

Since then, he has been running the loco with carriages and has named his private rail as Beeches Light Railway.

It runs on a one-mile-long track in the form of “eight”, with two loops on both ends.

Earlier this year, Shooter decided to change the venue of his private railway and is shifting it to Wantage, another location in Oxfordshire. There, he plans to come up with a larger stretch of track.

“That is why the loco has been brought to Launceston. It was introduced on August 15 and the DHRS, along with the authorities of LSR, celebrated the occasion. Many people are keen to take a ride and watch the DHR loco and now, they will have the opportunity,” Paul Whittle, vice-chairman, DHRS, said in an e-mail.

On August 15 and 16, the Launceston station was temporarily renamed as Darjeeling, with signboards noticed along the DHR’s route. Colourful buntings were put in the surroundings and near the track, as several enthusiasts swarmed in to see the loco as well as take a ride.

The DHRS came up with a stall displaying several items associated with the DHR.

Many people boarded the toast-rack carriages — open on both sides — which were hauled by the DHR loco, at “Darjeeling” (Launceston) station to take a ride to Newmills – located two-and-a-half miles away.

As they enjoyed the “Indian ambience” with Indian food available in the café at Launceston, many were taken aback to find Moo Barrie, the wife of DHRS chairman David Barrie, standing at the platform and selling chai to them, a common scene at Indian railway stations.

“Our plan to celebrate introduction of the loco No 19 in LSR turned out to be a success. It also helped in making the Darjeeling Himalayan Railway more popular among railway enthusiasts of UK,” said Whittle.

The “visiting” locomotive has also prompted the LSR authorities to announce that the DHR loco would be pressed into service twice a week on Wednesdays and Thursdays in August.

“The days of September would be announced in due course,” a source said.

DHRS sources said the loco was likely to spend much of the summer season in LSR. “But it all depends when Adrian Shooter plans to move it to his new private railway at Wantage,” a source said.

The initiative has also been welcomed by DHR enthusiasts here. “If such an event can be hosted in the UK, similar initiatives can be taken here as well to popularise the DHR. For the first time in the history of the DHR, over one lakh passengers have travelled in toy trains here. It would be good if a monsoon fest in the DHR is planned here,” said Raj Basu, a DHR enthusiast and a veteran of the tourism industry of the region.