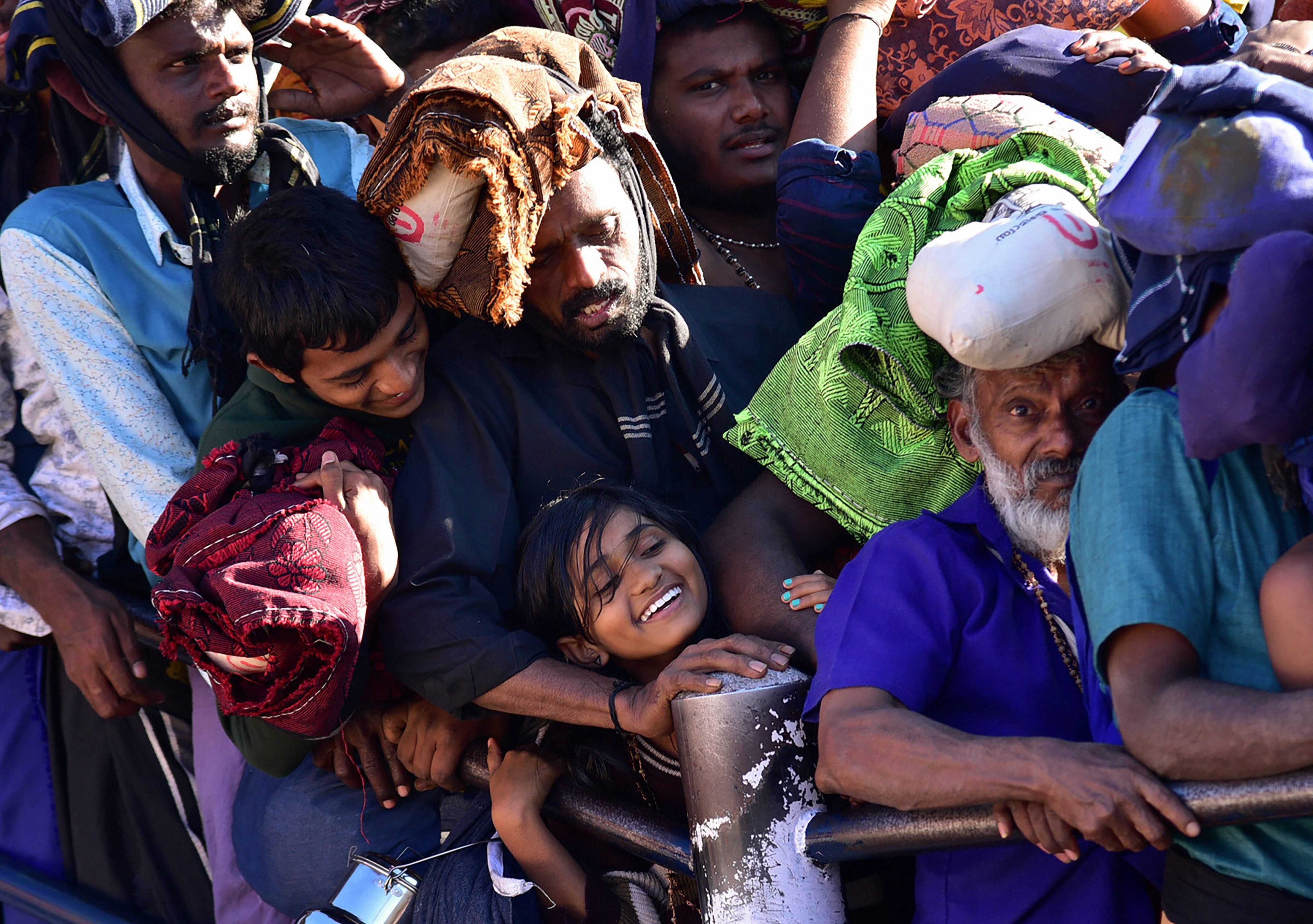 Officials claimed a 47-year-old Sri Lankan woman prayed inside the Ayyappa temple late on Thursday night, as Kerala continued to witness stray incidents of violence over the entry of two women into the hill shrine.

Sources in the Chief Minister's Office and police confirmed that the Lankan woman, named Sasikala, did enter the shrine and offered prayers.

There was confusion over whether or not Sasikala succeeded in offering prayers at the temple. She had claimed on Friday morning that the police had turned her away even though there were no protests.

Official sources told PTI that the woman went into the sanctum sanctorum.

CCTV visuals of Sasikala's visit were also released by the police later. However, it is not clear if she climbed the 'padinettampadi' (the 18 holy steps) to reach the sanctum sanctorum.

Kannur IG Balram Kumar Upadhyay, who is in charge of the Sannidhanam (temple complex), could not be contacted.

Sasikala, who came with her husband Saravanan and son, had told reporters at Pamba on Friday morning that she was not allowed to offer prayers at the temple, which had witnessed frenzied protests over the entry of two women, in their forties, on Wednesday.

Saravanan also maintained that only he and his son were able to worship at the temple.

Some television channels had on Thursday night aired visuals of the woman with 'irumudikettu' (sacred offerings) and two plainclothes policemen accompanying them. On spotting the media, the policemen were seen scurrying away.

'There was no protest from devotees. But police sent me back. I am an Ayyappa bhakata (devotee). They did not allow me to go to the shrine. I am not scared of anyone,' she told reporters on her return to Pamba, the foothills of Sabarimala.

A visibly agitated Sasikala said she had observed the 41-day 'vratham' (penance). 'They did not allow me. Why did they not allow me? Why are you all standing around me now? I am not afraid of anyone. Ayyappa will answer you all. You will come to know who I am,' she said.

According to official sources, security reasons might have prompted Sasikala to say she could not offer prayers.

A transgender named Kayal, who arrived at Pamba around 6 am on Friday, was turned away and not allowed by the police to go to the temple complex following protests.

Kayal had come in a saree and later changed to men's clothing and tried to trek the hills with the 'irrumudikettu'.

Since the LDF government decided to implement the Supreme Court verdict allowing women of all age groups to enter the holy shrine, the temple complex has witnessed fierce protests from Right outfits, the BJP and RSS workers.

Kerala witnessed unprecedented violence and mayhem on Thursday, a day after the Bindu and Kanakadurga entered the hill temple, infuriating saffron outfits, with protesters blocking roads by placing burning tyres and granite blocks.

As many as 1,369 people have been arrested and 801 cases registered in connection with violent protests as part of the dawn-to-dusk 'hartal' called by pro-Hindu outfits on Thursday, police said, adding that 717 people are now under preventive custody.

Crude bombs were hurled at the house of Malabar Devaswom (temple administration) Board member K Sasikumar at Perambra in Kozhikode in the early hours of Friday, police said.

Similar explosives were hurled at a mobile shop in Adoor in Pathanamthitta.

Police said four incidents of hurling of crude bombs had been reported in Kannur, a politically volatile district which is witness to frequent clashes between the CPI(M) and BJP workers.

A local BJP office in Kannur was set on fire by miscreants. No one were injured in the incidents, they added.

Houses of several BJP and the ruling CPI(M) activists were attacked and stones hurled in Pathanamthitta, Kannur, Kozhikode and Thiruvananthapuram.

Hurling crude bombs and stones, fringe groups rampaged through the streets of the state during the shutdown on Thursday, fighting pitched battles with the police and political rivals, leaving scores of people injured, including three BJP workers. Prohibitory orders were imposed in Palakkad town and Manjeswaram Taluk of Kasargod district in northern Kerala late on Thursday night.

The hartal was called by the Sabarimala Karma Samithi, an umbrella organisation of pro-Hindutva groups, and the Antarrashtriya Hindu Parishad, to protest the entry of the two women into the Ayyappa temple.