Bindu, 42, and Kanakadurga, 44, pray at the temple with legal sanction, head priest carries out 'purification' rituals 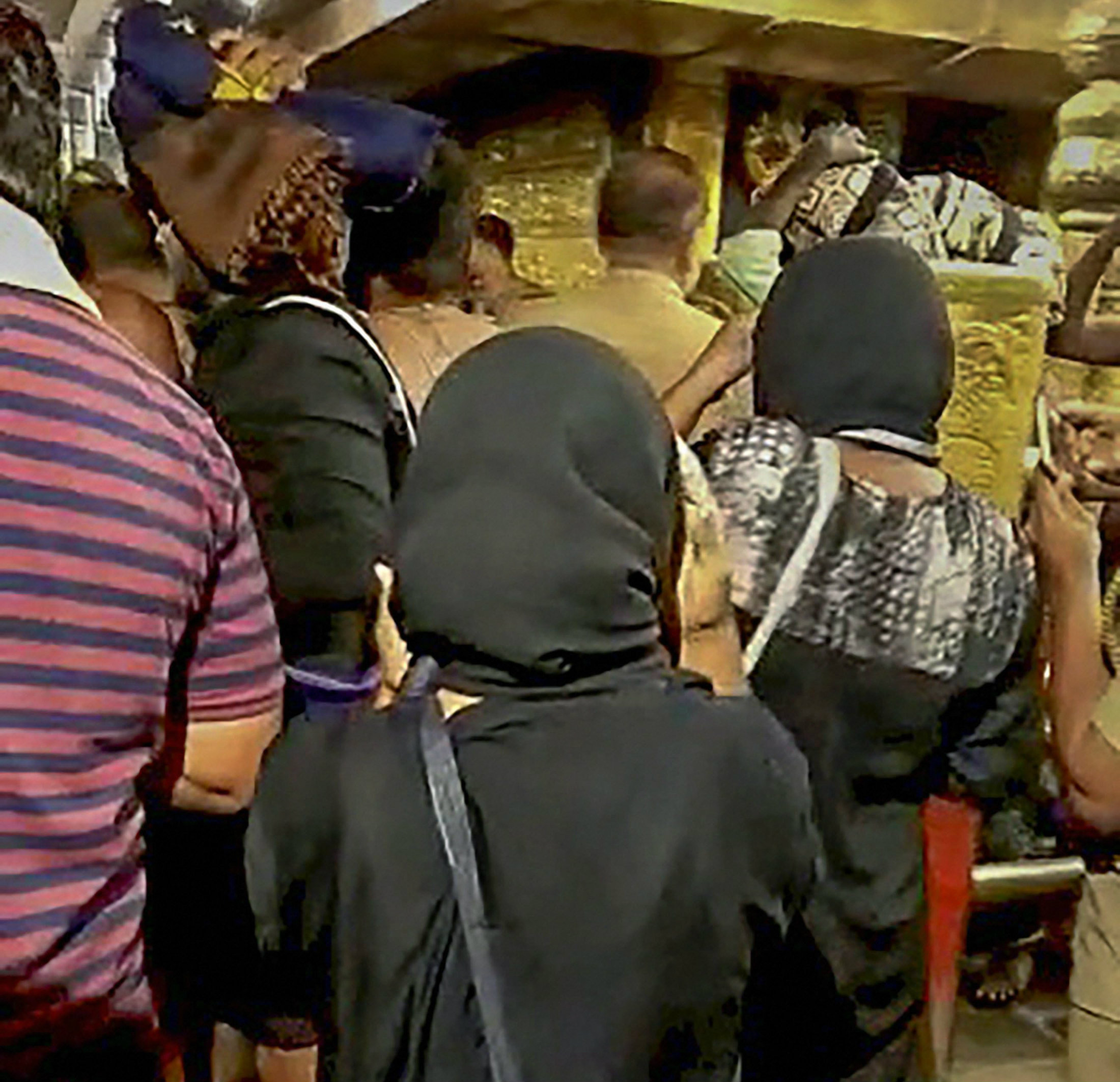 Two women of childbearing age have entered the Sabarimala temple with legal sanction for the first time in at least 27 years, marking a milestone in gender equality that virtually makes an ongoing legal debate academic but setting the stage for a political flashpoint in Kerala.

The southern state woke up to the dramatic news that Bindu, 42, and Kanakadurga, 44, have prayed at the temple at 3.45am under police protection and have left for an undisclosed location safely. Bindu is an assistant professor at a school of legal studies while Kanakadurga works at the department of civil supplies.

The strikeback came as soon as it was confirmed that the women are aged between 10 and 50, the forbidden range since 1991 following a high court order but struck down by the Supreme Court on September 28.

Head priest Kandararu Rajeevaru closed the temple to Lord Ayyappan for “purification” rituals at 10.45am, which was described by the ruling CPM as “contempt of court”. All devotees were asked to leave and the entire premises were washed. The temple was reopened after the hour-long rituals were over.

Protests broke out in several places and clashes were reported between supporters of the BJP, which is opposing the entry of women of childbearing age, and the CPM, whose leader Pinarayi Vijayan helms the Left government that has enforced the court order.

The path-breaking pilgrimage in the dead of night came a day after a Women’s Wall had sprung up across the state to champion the cause of social renaissance.

Bindu and Kanakadurga had earlier come close to accomplishing their mission on December 24 but had to retreat in the face of protests by “devotees” largely made up of Sangh parivar supporters.

Later this month, the Supreme Court is scheduled to take up review petitions against its order lifting the ban.

The traditionalists have been expressing fears that the entry of even a single woman of childbearing age would weaken their case considerably.

On Wednesday, the two women had a surprisingly smooth and trouble-free pilgrimage in the wee hours. Video clips showing the two women coolly stepping into the temple and returning after praying began circulating at the crack of dawn. Accompanied by six policemen in plainclothes, the women were dressed in the traditional black attire devotees usually wear.

While hundreds of men, purportedly devotees, had booed and heckled them on December 24, they faced no such problems on Wednesday. The video clips show some male devotees making way for the women as they move towards the temple.

Bindu told Malayalam news channels that they faced no problems at all in completing the pilgrimage. “Only genuine devotees were at the temple when we reached the temple,” she said.

“We didn’t have to wait for long. Some devotees recognised us during the trek. But there were no problems as they were genuine devotees,” she added.

Priests carry out purification of the Sabarimala temple after the women entered the shrine on Wednesday.
PTI

The two women had sought police escorts once they reached the base camp at Pamba, 5km from the temple, around midnight. “We started the trek at 1.30am and reached the Sannidhanam (the last point before the temple) at 3.30am,” she said.

Since they didn’t carry the irumudikkettu (a bundle of puja essentials) mandatory to enter via the hallowed 18 steps, they were taken inside the temple through the staff entrance.

“Perhaps the protesters didn’t have sufficient time to organise themselves as we completed the pilgrimage in just 10 minutes and returned,” Bindu said.

The two women were quickly taken to a house where they freshened up and changed their clothes. They were then taken to the undisclosed location.

By then, the police had evacuated the families of the two women from their homes, apprehending trouble.

The opposition Congress and the BJP launched a tirade against the Left government and chief minister Vijayan for helping the women.

Leader of Opposition and Congress leader Ramesh Chennithala deplored the entry of the women. “A bunch of non-believers is openly challenging believers. The non-believers are bent on destroying all belief systems. They have wounded the hearts and minds of lakhs of Ayyappan devotees,” said Chennithala who was ironically among the first to welcome the Supreme Court judgment.

He had even described it as “a historic judgement” but made a quick turnaround once the government decided to implement it.

The BJP’s reaction was quite similar with its state president P.S. Sreedharan Pillai saying: “This cruel act has hurt every Ayyappan devotee. Every believer should come forward and protest against this.”