Lalu Prasad exempted from court presence due to ill health 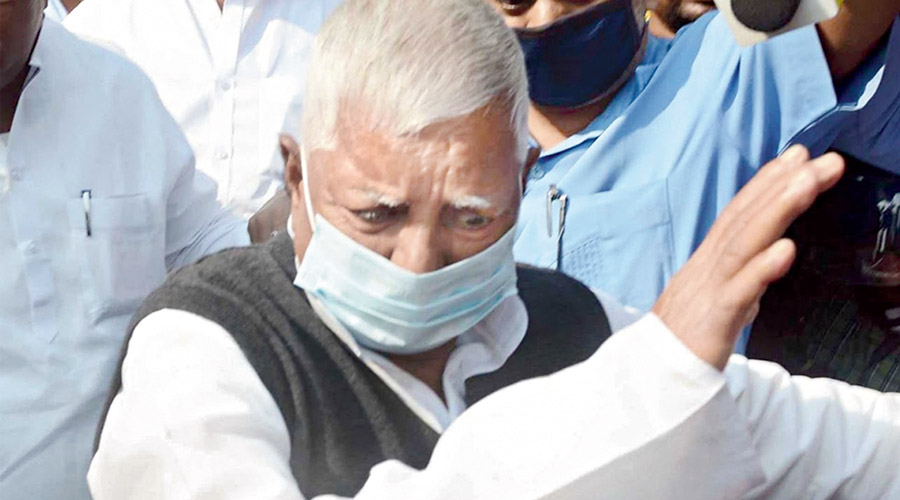 “I am mostly unwell. My medical treatment is going on. Please exempt me from physical attendance in the case,” Lalu appealed to the court.

The court allowed the request and asked the former Bihar chief minister to send his advocate to represent him in the future. The next hearing has been scheduled on November 30. The case pertains to alleged fraudulent withdrawal of Rs 46 lakh from the Banka district treasury.

Lalu had arrived in Patna on Monday evening with wife Rabri Devi and eldest daughter, Rajya Sabha member Misa Bharti, after being summoned by the court.

Lalu’s advocate Prabhat Kumar said his client had been told to be physically present in court on Tuesday as this was the first hearing in the case.

“This is a 25-year-old case. The FIR was registered in 1996. A total of 28 people have been charged and the trial is starting now. The court had called for the physical appearance of all of them because it wanted to know who among the accused were alive,” Kumar said.

No hearing could be conducted because lawyers of the Patna lower court abstained from work in protest against the assault on Jhanjharpur additional district judge Avinash Kumar allegedly by police officers on November 18.

However, the strike by the lawyers did not hinder Lalu’s appearance.