Protests by 'communal forces' against the entry of women of all ages to the shrine promted the wall, chief minister Pinarayi Vijayan said 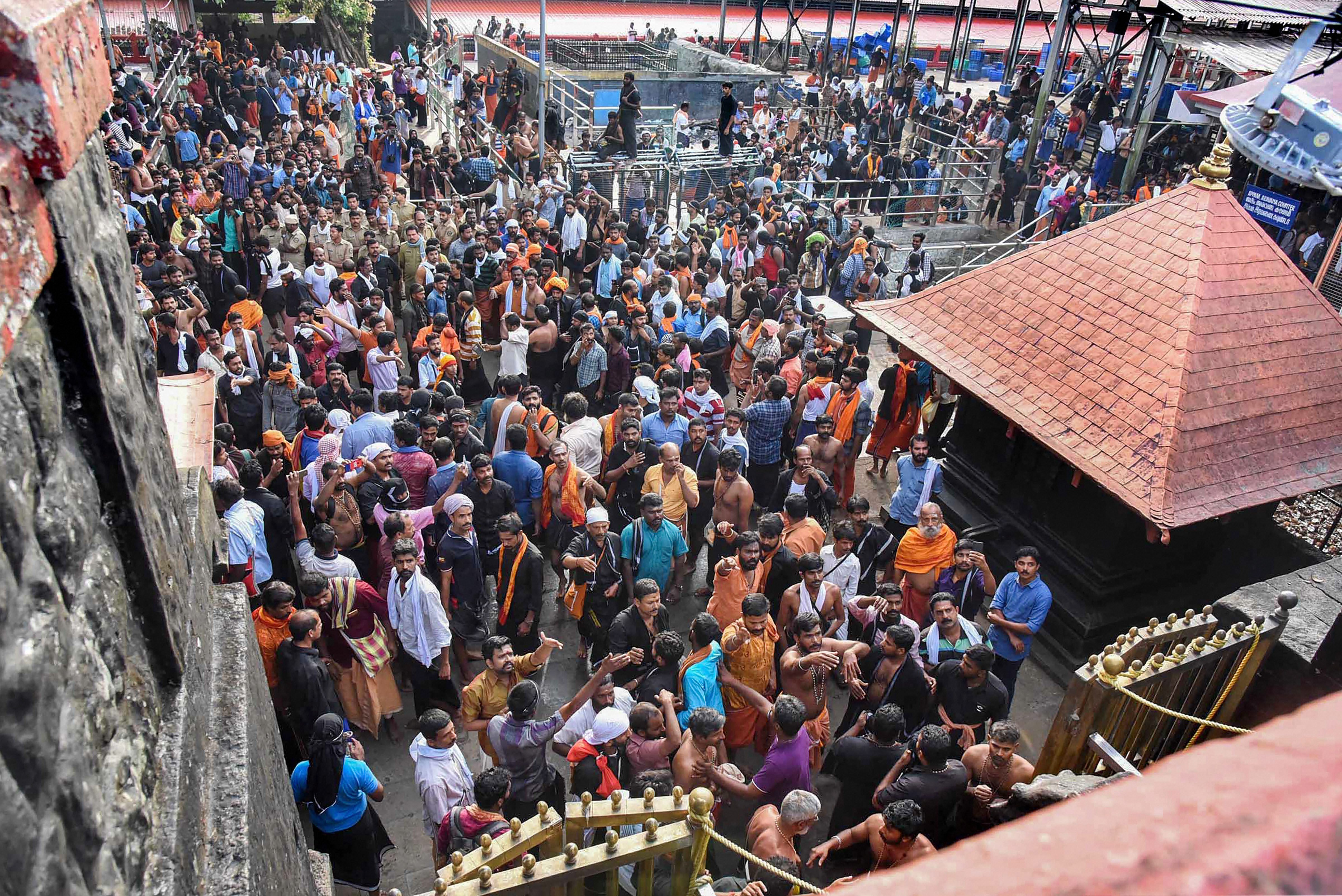 Protests at the Sabarimala shrine. Women, cutting across caste and religion, will join the wall.
PTI file picture
PTI   |   Thiruvananthapuram   |   Published 01.01.19, 09:02 AM

Lakhs of women from various walks of life will be participating in the 620km-long state-sponsored 'women's wall' campaign, stretching from the northern tip of Kasaragod to the southern end in Thiruvananthapuram, on Tuesday to uphold gender equality and Renaissance values.

The 'Women's wall' was conceived in the backdrop of frenzied protests at the Lord Ayyappa temple in Sabarimala after the CPI(M)-led LDF government decided to implement the Supreme Court verdict allowing all women to pray at the hill shrine.

Health minister K.K. Shylaja will lead the chain at Kasargod, and senior CPM leader Brinda Karat will be at the end of it in Thiruvananthapuram.

Devaswom minister Kadakampally Surendran told reporters on Tuesday that government employees would also be part of the wall. 'All arrangements are in place in order to avoid traffic snarls in the state,' Surendran said.

The LDF is expecting over 30 lakh women to take part in the event.

Schools in some districts will close in the afternoon while universities have postponed examinations.

The participants will gather at the designated centres on Tuesday at 3.30 pm, when a rehearsal would be held. The wall will be formed between 4 and 4.15 pm.

'The protests by communal forces against women's entry in Sabarimala had prompted the government and other progressive organisations to conceive the idea of a Women's Wall in the state,' chief minister Pinarayi Vijayan said. Women, cutting across caste and religion, will join the wall 'to save Kerala from the being dragged back into the era of darkness', he added.

The event is being organised by the ruling LDF along with over 176 other socio-political organisations, including the Sree Narayana Dharma Paripalana Yogam (SNDP) and Kerala Pulayar Maha Sabha (KPMS).

Leader of Opposition in the Assembly, Ramesh Chennithala, has described the initiative as a 'wall of contradiction', while UDF MLA M.K. Muneer has termed it a 'communal'' wall for inviting participation only from 'progressive Hindu organizations'.

The Nair Service Society (NSS), a prominent organisation of the upper caste Nair community, and the Indian Union Muslim League (IUML) are among those who are not participating.

To counter the wall, thousands of volunteers of the Sabarimala Karma Samithi and other Right wing groups, including the BJP and the RSS, had lit Ayyappa Jyothies (lighting of sacred lamps) across the state on December 26.

Women faint in the face of protests at Sabarimala